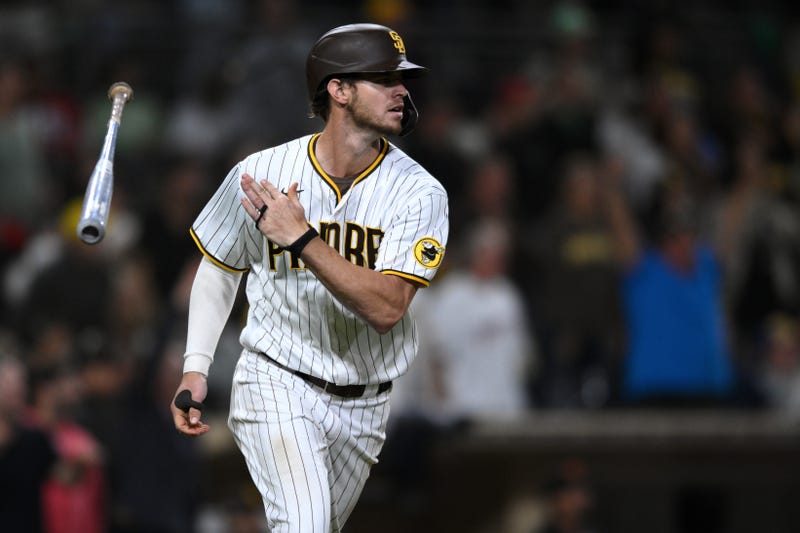 The Padres beat the Giants 7-0 on Tuesday night, as the Padres move closer to shoring up the #2 wild card position. It was a scoreless game entering the 8th inning, but the Padres scored 7 runs to blow the game wide open. Trent Grisham got things going with a leadoff double, followed by an RBI-double from Brandon Dixon for the game's first run. Josh Bell drew a bases loaded walk, and then Jake Cronenworth belted a 2-run double. The Padres weren't done, as Wil Myers followed up Cronenworth's 2-run double with a no-doubt 3-run homer to straight away center field.

Things got much more interesting than the Padres would have liked in the 9th inning. Josh Hader had been warming up in the 8th inning when the score was tied at 0-0, but once the Padres built up a 7 run lead, Hader was able to sit down and Bob Melvin brought Tim Hill in. But Hill 4 earned runs while recording just 1 out, and was lifted for Hader with 2 men aboard. Hader came in and struck out Austin Slater, but then hit Wilmer Flores with a pitch to load the bases. After a long at bat, Jader got J.D. Davis to fly out to deep right field to end the game. The Padres will face the Giants again at 6:40 on Tuesday night.

Sam Levitt speaks with Wil Myers about the last 24 hours, Joe Musgrove's strong outing and what it means to make the postseason: