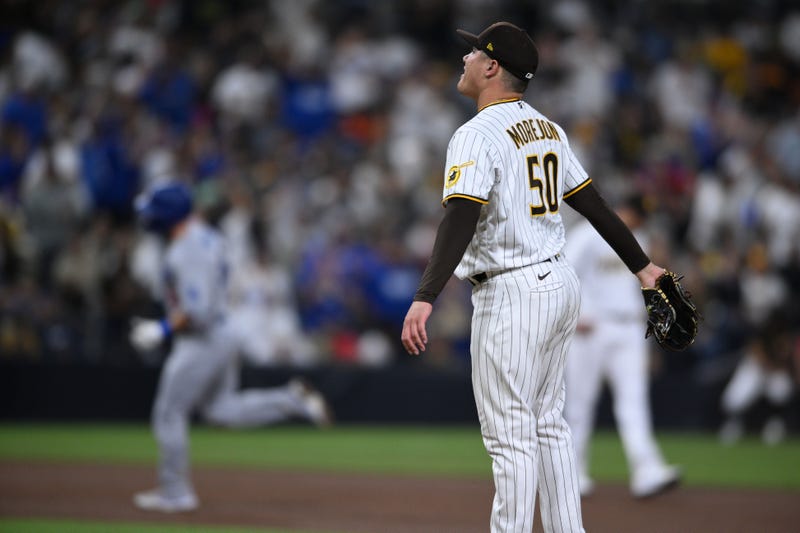 The Padres were unable to win their 3-game series against the Dodgers, dropping the decisive game 5-2 on Thursday night. The Brewers lost earlier in the evening, so the Padres' magic number will be 3 heading into Friday, making Saturday the earliest day the Padres can clinch a playoff spot. The Padres held a 2-1 lead entering the 6th inning, which is when reliever Pierce Johnson ran into trouble. Mookie Betts hit a leadoff double, followed by an infield single by Trea Turner, advancing Betts to third base. Freddie Freeman drove in Betts with an RBI-single. After a double-steal by Turner and Freeman, Max Muncy walked to load the bases. The Padres were an out away from getting out of the jam with the game tied at 2, but Miguel Vargas delivered a 2-run single, giving the Dodgers a 4-2 lead. Will Smith would add an insurance run on a solo home run in the 8th inning, as the Padres weren't able to muster any more offense. The White Sox arrive in San Diego on Friday to begin a 3-game series.