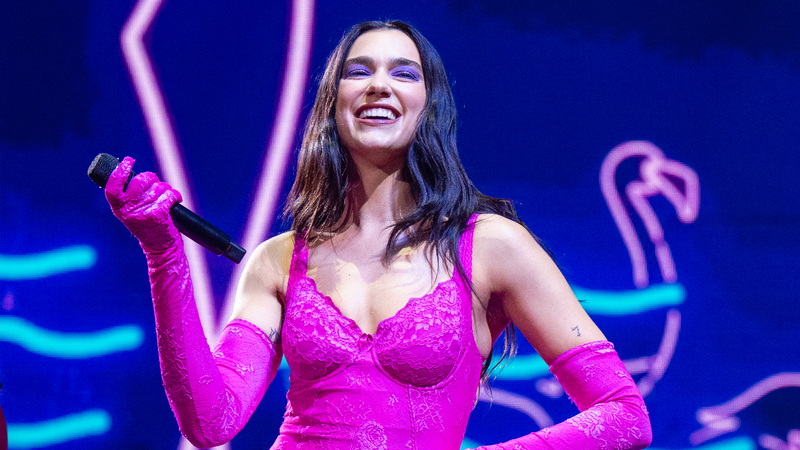 Dua Lipa has some “New Rules” in mind when it comes to single life, which she’s revealed to Vogue, plus a whole lot more.

Despite Jack Harlow’s best shot, Dua’s main focus besides tour and new music of course, is to remain, as Vogue put it, “single and content.”

Following her 2021 split with boyfriend Anwar Hadid, the "Levitating" singer soon after started her Future Nostalgia Tour. During which she’s traveled all across the globe, choosing to focusing on herself, as she ticks off the remaining tour stops. Noting, that "the next chapter of my life is about truly being good with being alone.”

In fact, earlier this year, as part of her recently launched cultural concierge business, Service95, Dua took herself out for a solo dinner, making headlines of course, which btw Dua finds ridiculous. Telling Vogue, “Some people on the internet were like, 'Oh, Dua went out for dinner on her own, blah blah, I do this all the time.'” Adding, “I think that's amazing if you do it all the time. You must be so confident. But it was a big step for me. I was nervous—like, what am I gonna do? I don't want to be on my phone.”

But she did it, and now has plans for her next solo adventure — to go to the movies. Saying, “I want to know I can just be there for myself, you know?” Ummm, yes girl we do.

Oh and if you happen to see Dua or any women out doing her solo thang at a movie theater and feel the need to throw some "sad woman" who "doesn't have a man” shade… Some words of advice, don't start now, or as Dua frankly put it, “F*** that.”

Of course Dua had a lot more to share than just her single status, check out her full interview here. And watch her take on Vogue's 73 Questions series below.