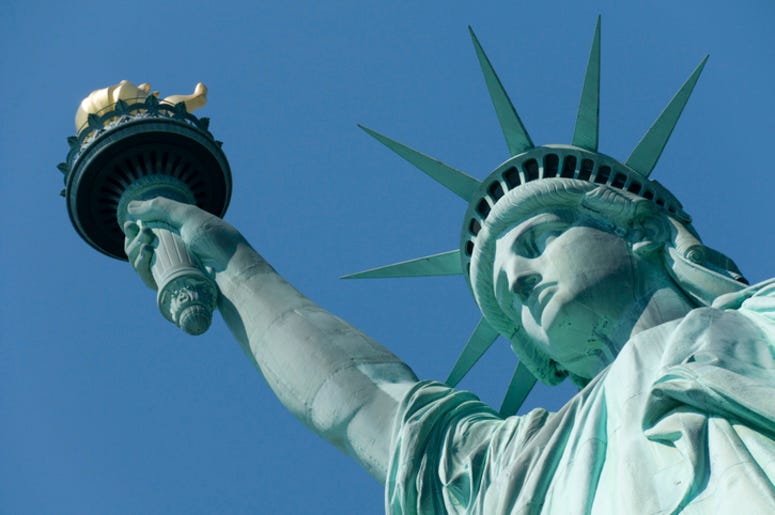 There are many great attractions all throughout the United States, but one of the destinations tourists think about the most when planning a vacation is New York City's iconic Statue of Liberty.

Now, France is sending the United States a new miniature version of Lady Liberty to celebrate friendship between the two countries ahead of the Fourth of July, CNN reports.

New Yorkers have a surprise gift to look forward to this Independence Day: a second Statue of Liberty sent by France https://t.co/50HpmQE4Hs

"The Statue of Liberty Enlightening the World" was a gift of friendship from the people of France to the United States and is recognized as a universal symbol of freedom and democracy. Built in 1886, the colossal copper statue stands at 305 feet tall and garners millions of visitors each year. The new statue, nicknamed "The Little Sister" will hopefully gain similar attention.

"The Little Sister” is expected to arrive in New York on July 1. It was lifted and loaded into a special container during a ceremony in Paris this week, and will take the same path to America that the original statue did in 1886.

"Our friendship with the United States is very important, particularly at this moment. We have to conserve and defend our friendship," said Olivier Faron, general administrator of the National Museum of Arts and Crafts.

Once the statue arrives in New York, it will be erected on Ellis Island, where it will remain until July 5 before being moved to Washington DC.

The new statue is just under 1,000 pounds and stands just shy of 10 feet tall. Now tourists will have two opportunities to see Lady Liberty.