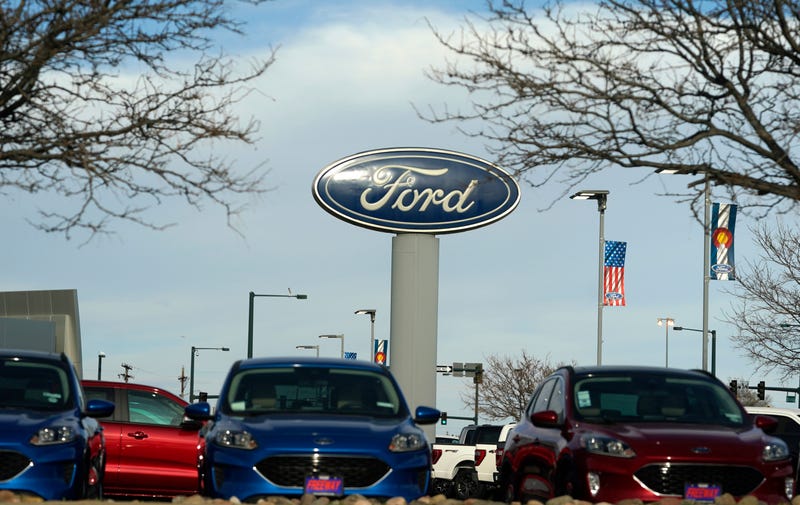 DETROIT (AP) — The global computer chip shortage cut into third-quarter profits at both Ford and crosstown rival General Motors, with both companies having to temporarily close factories, pinching supplies on dealer lots.

Ford's net income of $1.83 billion fell 23% from a year ago, while GM's profit dropped 40% to $2.4 billion. High prices, mainly for the pickup trucks and big SUVs that the automakers sold, eased the sting from lower sales.

Ford, which reported results after Wednesday's closing bell, said it would resume paying a dividend, 10 cents per share, starting in the fourth quarter. It will cost the company about $400 million per quarter. Ford's stock jumped 7.5% in after-market trading.

The company said its revenue dropped 5% from a year ago to $35.68 billion. That fell short of Wall Street estimates of $38.2 billion.

Excluding one-time items, the Dearborn, Michigan, company made 51 cents per share, beating the 27 cents expected by analysts polled by FactSet.

Ford's sales fell 27% from July through September in the U.S., its most lucrative market. The company also lost 2.4 percentage points of U.S. market share, largely because like GM, it couldn't produce enough vehicles to meet demand.

But the average Ford new vehicle sold for more than $51,000 during the quarter, up almost 13% from a year ago, according to Edmunds.com.

Chief Financial Officer John Lawler said Ford has the cash and income to invest in electric vehicles and services. He said the company is confident in the trajectory of its business.

“That's providing us the financial flexibility to fully fund our plan and all of our other capital needs," he said. “We also are focused on total shareholder returns, not only appreciating stock price but also the dividends.”

Lawler said there is strong demand for Ford's products that the company can't meet because of the chip shortage. Globally, he said he thinks the company could sell 200,000 Mustang Mach-E electric SUVs per year.