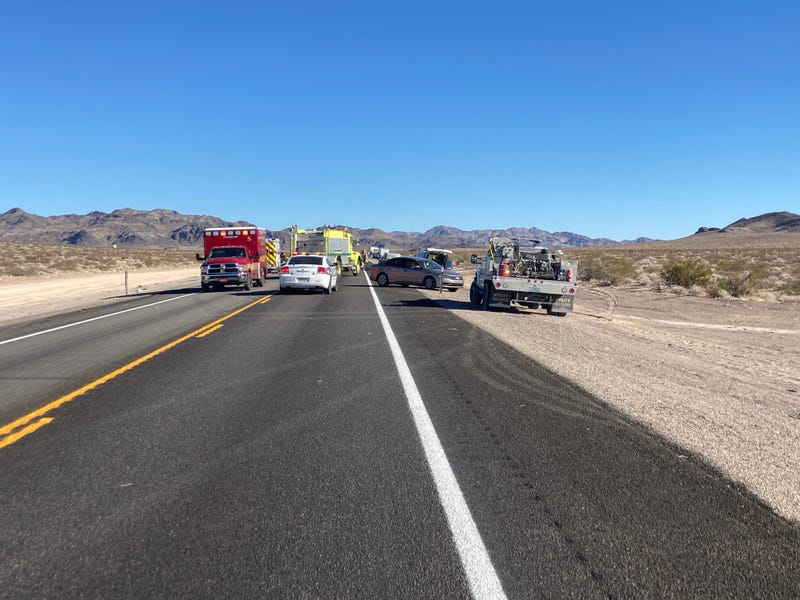 Las Vegas, NV (KXNT) - The busiest travel day of the year was a deadly one on Southern Nevada roads, with a pair of accidents claiming four lives on Sunday.

The first crash happened around 11:30am on U.S. Highway 95 near Amargosa Valley. Nevada State Police say that a person driving recklessly hit a pair of vehicles before slamming head-on into a minivan that had five people inside.

The driver who caused the accident showed signs of impairment at the scene. He was taken to a hospital for what were described as "moderate" injuries, and was expected to be jailed once released from the hospital.

BREAKING: The driver accused of DUI in a crash on US 95 yesterday that left one man and two children dead has been identified. #8NN #breaking https://t.co/FYxSBtPC2l

In the second crash, a woman riding an electronic mobility scooter was hit by a car on Las Vegas Boulevard south of Pebble around 5pm. Impairment is not suspected in that incident, which remains under investigation.

The names of those who were killed have not yet been released.