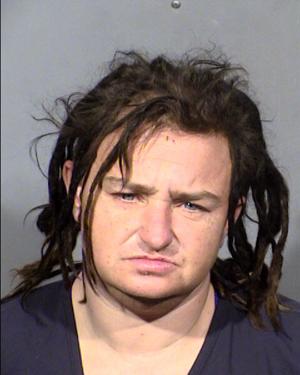 Las Vegas, NV (KXNT) – One person was killed, and two others were injured, after fire raced through an east-side mobile home on Wednesday afternoon.

Firefighters with Clark County Fire and Rescue were called to a mobile home park near Mojave and Charleston just after 4pm on Wednesday. Responding units encountered heavy smoke and at least two victims upon their arrival.

Crews began their attack on the outside, moving to the home’s interior once the majority of the fire was put out.

In total, three people were transported to area hospitals. The one who died was said to have had burns over 100 percent of her body. Her identity has not been released, nor have the identities of the other two hospitalized.

Las Vegas Metro Police homicide detectives were brought in to investigate once the story of the fire’s origin began to unfold. Metro says an argument over infidelity had broken out in the home, and someone lit a bed on fire. Tiffany Willis, 37, was booked on suspicion of murder, attempted murder and two counts of first-degree arson. She was being held on $20,000 bail.

Currently, the names of those taken to the hospital have not yet been released.