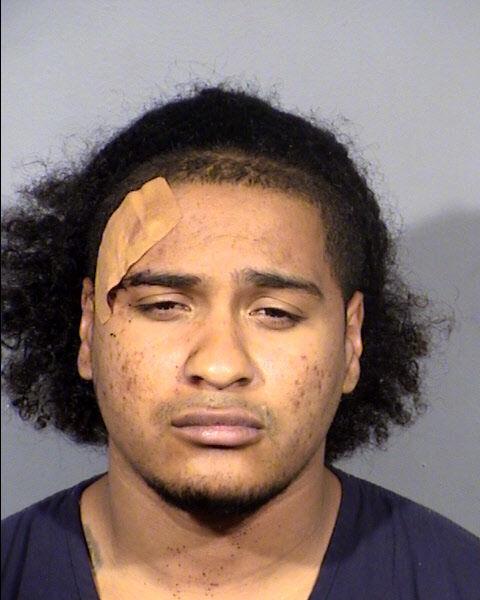 Las Vegas, NV (AP) - A 25-year-old man has been indicted on murder and attempted murder charges in a shooting that killed one man and wounded two others during a confrontation six weeks ago on the Las Vegas Strip.

A judge Wednesday set a Friday date for Malik Frost to enter pleas to charges that include battery and weapon enhancements stemming from the early April 25 shooting.

Witnesses told police the gunfire followed an argument about Frost accompanying his girlfriend into a women’s restroom at the Hawaiian Marketplace retail complex.

Several people confronted the couple, and Frost’s girlfriend handed Frost a silver handgun from her purse before Frost pointed it at people around him, threatening to shoot if anyone got close to him, according to a police report.

Darrell White, 26, was fatally wounded in the chest as he struggled with Frost, police said.

Frost’s attorney, Michael Becker, characterized the shooting as self-defense and noted his client suffered a head injury from a thrown rock.

Authorities said William Malloy threw the rock when he followed Frost and Frost’s girlfriend into an alley after White was shot.

“Everyone in the group with Darrell stated no one had a gun other than Frost, it was going to be a fist fight, and there was no reason to shoot Darrell,” the police report said.

Frost is accused of firing four shots at Malloy, who police said underwent surgery for his wounds. Another man, Nolan Newbury, was wounded in the leg.

Unarmed security guards at a nearby retail marijuana store told police they observed people arguing with Frost, saw the silver gun in a holster on Frost’s hip, watched Malloy throw four “softball-sized” rocks at Frost, and witnessed the shooting.

Police officers found Frost at a nearby motel with the gun holstered on his hip and blood on his clothing, according to the police report.

It said an officer who accompanied Frost in an ambulance to a hospital for treatment of his head injury said he overheard Frost tell a paramedic that he was being attacked when he shot Malloy.

Frost has been held since his arrest without bail at the Clark County jDetention Center.