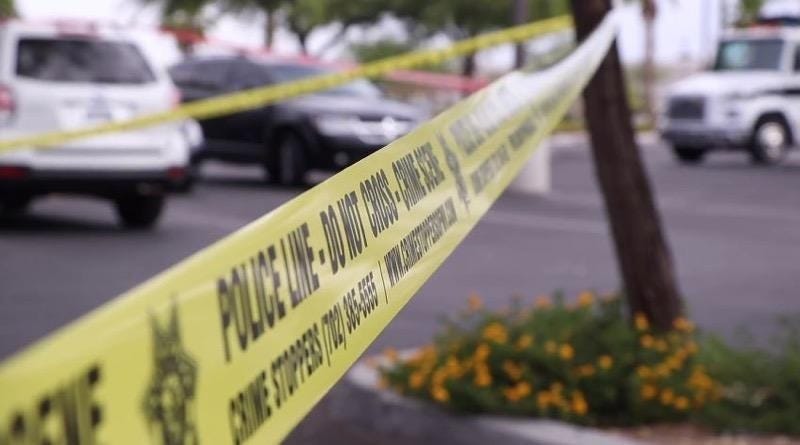 Las Vegas, NV (AP) - Police in Las Vegas say a 36-year-old armed bank robbery suspect who was shot and killed by officers last week told his girlfriend earlier that day that he was going to get police to shoot him.

Chavez released body-worn video and other images including a map showing northwest Las Vegas places where he said Thomas carjacked a man’s vehicle at gunpoint, tried to rob a convenience store, and made off with an unspecified amount of money from a credit union.

Graham and Lukac, in separate patrol vehicles, approached as Thomas got out of the stolen vehicle, and Chavez said Graham struck Thomas with his vehicle as Thomas reached toward his waistband.

Thomas was shown on video with a gun in his hand as both officers shot at him. Chavez said Graham fired one shot and Lukac fired 20 times as Thomas fell but tried several times to get up.

Police said Thomas did not fire his gun. He was pronounced dead at a hospital.