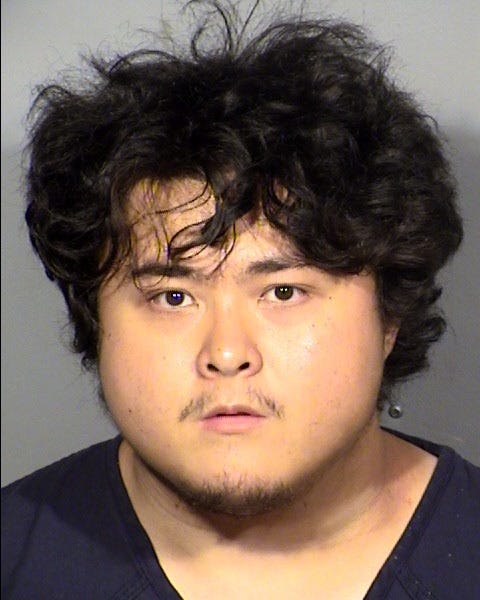 Las Vegas, NV (KXNT) – A 21-year-old man faces open murder charges for the stabbing death of his father at a residence on the valley’s east side.

Las Vegas Metro Police say it happened early Tuesday morning.
Police were called to an apartment complex near MLK and Bonanza to conduct a welfare check on a potential stabbing victim. Officers entered the apartment and located an unresponsive man suffering from multiple stab wounds. Medical personnel pronounced the victim deceased at the scene.

As the investigation unwound, police determined that Jacob Racilis had gotten into an argument with his father and stabbed him. Racilis went to Sunrise Hospital afterward and checked himself in for multiple lacerations. Police say he told staff what had happened and what he had done.

The father’s name has not yet been released.

Anyone with any information about this incident is urged to contact the LVMPD Homicide Section by phone at 702-828-3521, or by email at homicide@lvmpd.com. To remain anonymous, contact Crime Stoppers by phone at 702-385-5555, or on the internet at www.crimestoppersofnv.com.