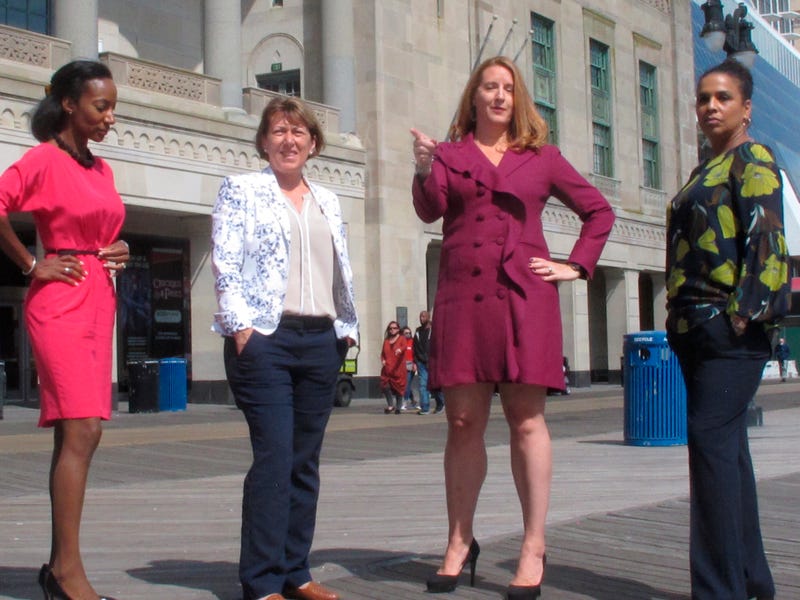 ATLANTIC CITY, N.J. (AP) — Diversifying an organization or an industry can be only half the battle: The trick is keeping it diverse.

A little over a year ago, Atlantic City was celebrating a wave of female leadership in its casino industry. Four of the nine casinos had women in the top job, a high-water mark for the resort city and for many other casino markets in the country as well.

But it didn't last.

Within months, one of the four was replaced by a man when new owners took over Bally's casino. And earlier this month, the head of the Ocean Casino Resort resigned days before a Detroit company was approved to take a 50% ownership stake in the casino.

Nationwide, women make up 51% of the U.S. casino workforce, according to the American Gaming Association, the casino industry’s national trade group. But the group does not track the percentage of women in top casino jobs.

The work of diversifying casinos has been going on for years, even as women — and men — in the industry agree that more needs to be done.

“We're seeing some progress,” said Erin Chamberlin, senior vice president of regional operations for Penn National Gaming. “But women kind of make it so far, and to make it to the next level, we're kind of struggling. Look around the room and look through a different lens: What does the representation in that room look like?"

These issues are not unique to casinos. Businesses across the country and the world are moving at varying speeds to diversify their workforces.

A panel discussion Tuesday at the East Coast Gaming Congress, a major casino conference in Atlantic City, examined the role of women in the gambling industry.

“When I started in the casino business, my parents told me explicitly: ‘Do not work in the casinos,'" said Karen Worman, regional vice president of finance for Caesars Entertainment in Atlantic City. "Their perception was that women in casinos were Playboy bunnies.”

Worman said she is optimistic about the future of women in the gambling industry, and recommends casinos offer cross-training in as many different aspects of the business as possible to female employees to prepare them for advancement.

Atlantic City now has two casinos led by women: Melonie Johnson at the Borgata, and Jacqueline Grace at the Tropicana.

Grace said the reduction in female leadership in her market is a normal part of the flux that the casino industry undergoes, and noted that the woman who formerly led Bally's as its general manager, Karie Hall, is now senior vice president and general manager of a Caesars Entertainment casino in Lake Tahoe.

“I don't view that as a loss of progress,” she said. Caesars Entertainment, she said, “has made a real commitment to diversity and gender equity.”

In 2017 the company announced an commitment to achieve gender equality among its leadership ranks by 2025.

Juggling the demands of the job with those of home life, particularly during a pandemic, placed special stress on women, including those with children, panelists agreed. They told of trying to keep kids quiet and off-camera during Zoom meetings, and the exhaustion that came from working all day online or at the office, and then doing what needed to be done at home.

“I try not to respond to emails at 1 a.m.,” added Brooke Fiumara, co-founder of the casino software company OPTX and a former casino executive. “It's important to set boundaries.”

Small, subtle things like inviting women in a board meeting to sit at the main table instead of in chairs up against the wall can send a strong message of inclusion and support, Chamberlin said.