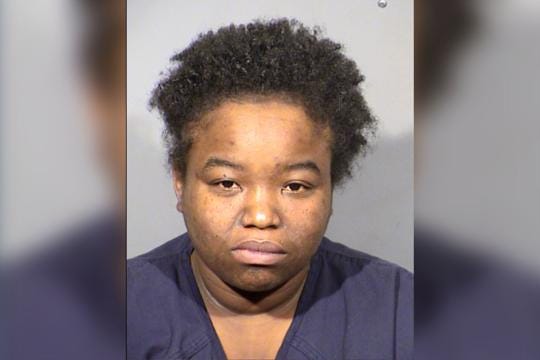 Las Vegas, NV (KXNT) – A Las Vegas woman faces a number of charges after police say she tried to hit a number of kids with her car following a fight at a local junior high school on Friday.

A Las Vegas Metro Police report shows that Jaquitta Madison faces six counts of battery with a deadly weapon and one count of child abuse.

Las Vegas police announced that a woman was arrested after she was accused of "clipping" four kids with a vehicle after a fight Friday afternoon in the south valley. Kim Passoth has more: https://bit.ly/3lGTDSK

The incident happened Friday after classes let out for the day at Silvestri Junior High School on Silverado Ranch. Metro says Madison is suspected of clipping four juveniles with her SUV, an act police say she did on purpose. None of the kids that were hit suffered serious injuries.

Madison was released on $20,000 bail, and has been ordered to stay away from Silvestri and from the victims of her act