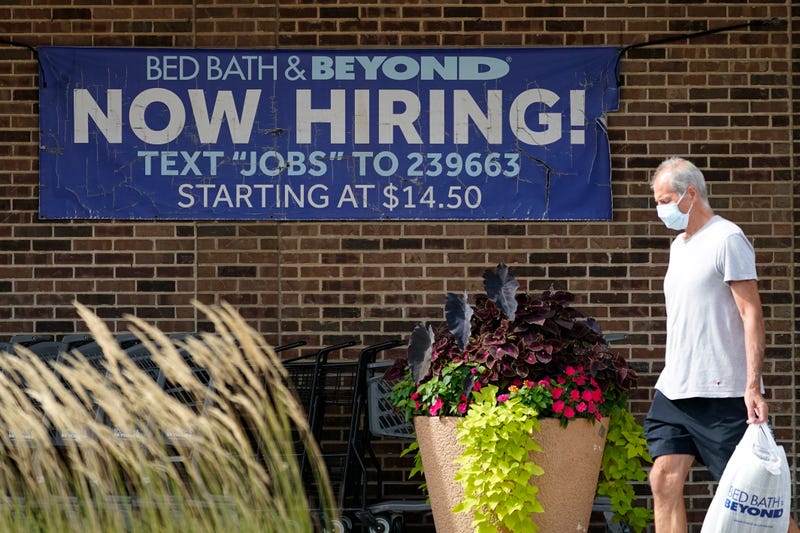 WASHINGTON (AP) — The number of Americans filing for jobless benefits dropped last week, a sign that few companies are cutting jobs despite high inflation and a weak economy.

Applications for unemployment benefits for the week ending Sept. 24 fell by 16,000 to 193,000, the Labor Department reported Thursday. That is the lowest level of unemployment claims since April. Last week’s number was revised down by 4,000 to 209,000.

Jobless aid applications generally reflect layoffs. The current figures are very low historically and suggest Americans are benefiting from an unusually high level of job security. A year ago this week, 376,000 people applied for benefits.

The economy shrank in the first half of the year, the government said in a separate report Thursday on gross domestic product, the broadest measure of the economy's output.

Yet employers, who have struggled to rehire after laying off 22 million workers at the height of the pandemic, are still looking to fill millions of open jobs. There are currently roughly two open positions for every unemployed worker, near a record high.

With companies desperate for workers, they are much more likely to hold onto their current staff.

Employers are also offering higher pay and benefits to attract and keep employees. Those higher salaries are contributing to inflation pressures.

The Federal Reserve is aiming to bring down inflation by rapidly raising its key interest rate, which is currently in a range of 3% to 3.25%. A little more than six months ago, that rate was near zero. The sharp rate hikes have pushed up mortgage rates and other borrowing costs. The Fed hopes that higher interest rates will slow borrowing and spending and drive inflation down towards its 2% target.

Fed officials are increasingly warning that the unemployment rate will likely have to rise as part of their fight against rising prices. If the number of unemployment claims drops, as it did last week, it suggests the Fed may have to raise rates even higher than it plans to slow the economy.

This has been corrected to show that the level of unemployment benefits applications is the lowest since April, rather than May.