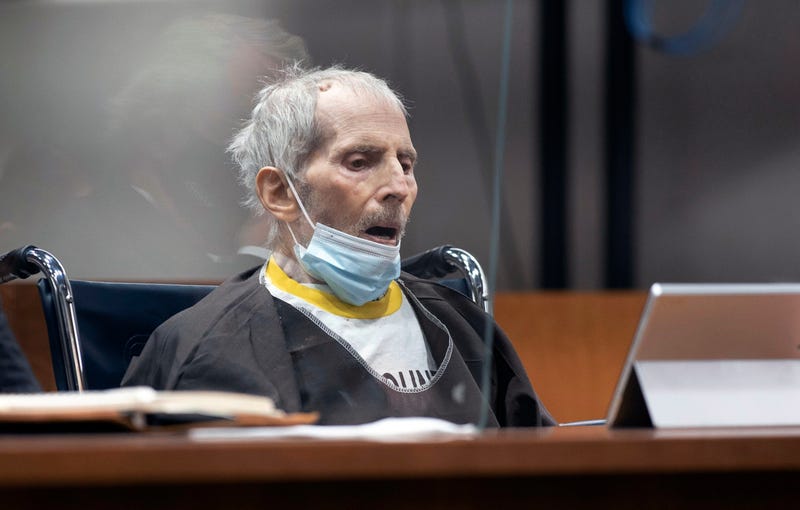 NEW YORK (AP) — Millionaire real estate scion Robert Durst has been charged with murder in the death of his first wife, Kathie Durst, nearly four decades after she disappeared and just days after he was sentenced to life in prison in California for killing a confidante who helped him cover up the slaying.

Authorities in the New York City suburbs confirmed Friday that they have charged Durst, 78, whose lawyers say has been hospitalized on a ventilator in Los Angeles after testing positive for COVID-19.

A state police investigator filed a criminal complaint Tuesday in a town court in Lewisboro, New York charging Durst with second-degree murder in the death of Kathie Durst, who vanished in 1982. He had not been previously charged in Kathie Durst’s disappearance.

The case garnered renewed public interest after HBO aired a documentary in 2015 in which the eccentric heir appeared to admit killing people, stepping off camera and muttering to himself on a live microphone: “Killed them all, of course.”

The complaint charging Durst wasn't announced at the time by law enforcement officials or Westchester District Attorney Mimi Rocah, who recently convened a grand jury as she seeks to indict him for the killing. The grand jury continues to meet and hear witnesses and could eventually return an indictment.

“The Westchester County District Attorney’s Office can confirm that a complaint charging Robert Durst with the murder of Kathleen Durst was filed in Lewisboro Town Court on October 19, 2021. We have no further comment at this time,” Rocah's office said in a statement Friday.

Robert Abrams, a lawyer for Kathie Durst's family, said in a statement: "Robert Durst has now been formally charged with the murder of Kathleen McCormack Durst. We are very happy with this development. At this time, however, we will not be making any further comments until the grand jury process is completed.”