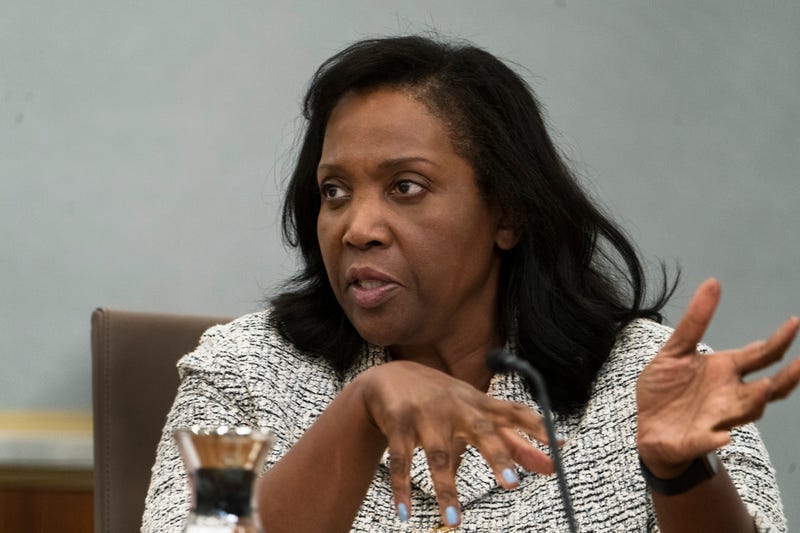 Cook said she has revised her views on inflation in the past several months and now sees it as more persistent. And while real-time, private-sector data is showing signs that inflation could cool in the coming months, the Fed should only slow rate hikes when inflation actually falls, she said.

“With inflation running well above our 2% longer-run goal, restoring price stability likely will require ongoing rate hikes, and then keeping policy restrictive for some time until we are confident that inflation is firmly on the path” back to 2%, she said at the Peterson Institute for International Economics.

Their remarks ran counter to speculation among many Wall Street that the Fed may soon slow the pace of its rate increases or even cut rates next year, as the U.S. and world economies struggle with higher energy costs and the threat of recession. The Fed is increasing its benchmark short-term rate at the fastest pace in four decades, causing the U.S. dollar to strengthen sharply against other major currencies. A stronger dollar typically draws more capital to the U.S., disrupting overseas economies.

Yet the comments by Cook, Kashkari, and Bostic suggest the Fed is unlikely to slow its campaign against inflation anytime soon. Fed officials have pushed up their short-term rate by a hefty three-quarters of a percentage point three times in a row, bringing it to a range of 3% to 3.25%, the highest in 14 years.

Fed officials projected last month that they would push rates to roughly 4.4% by the end of this year, and 4.6% by early 2023.

Earlier Thursday, Kashkari acknowledged that because the Fed’s rate hikes take time to work their way through the economy — as long as 12 to 18 months — there is a risk the central bank could raise borrowing costs too high and unnecessarily cause a recession. For that reason, some economists have said the Fed should pause its increases soon and take time to evaluate the impact of its moves on the U.S. and global economies.

But Kashkari, who has shifted from one of the most dovish officials to among the most hawkish, said he was more worried about stopping the rate hikes too soon.

He also said that he, like other Fed officials, had mistakenly thought last year that inflation was temporary and mostly due to supply chain shocks and shortages, only to see inflation persist.

“Until I see some evidence that underlying inflation has solidly peaked and is hopefully headed back down, I’m not ready to declare a pause,” he said at a conference sponsored by the Bremer Financial Corp. “I think we’re quite a ways away from a pause.”

“You no doubt are aware of considerable speculation already that the Fed could begin lowering rates in 2023 if economic activity slows and the rate of inflation starts to fall,” Bostic said in a speech at Northwestern University Wednesday.

“I would say: not so fast,” Bostic concluded. “We are still decidedly in the inflationary woods, not out of them.”

In her remarks, Cook said the Fed is aware of slowing growth overseas, which will likely slow U.S. exports.

But she added that the Fed's goals of stabilizing prices and seeking maximum employment “is a domestic mandate.”