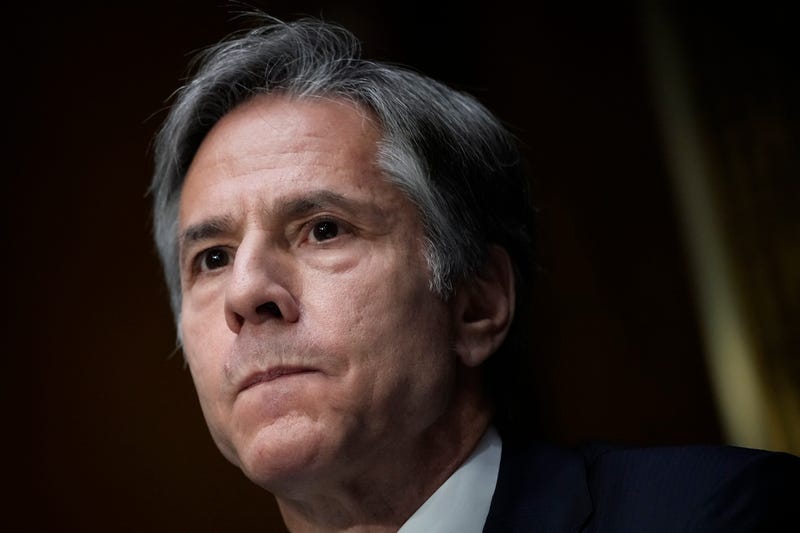 WASHINGTON (AP) — Relatives of more than two dozen American hostages and wrongful detainees held overseas told President Joe Biden in a letter on Monday that they questioned his administration's commitment to bringing their loved ones home.

In the letter, obtained by The Associated Press, the family members complained that the administration seemed to be getting “bogged down in burdensome processes or policy debates that keep our loved ones from coming home and keep us uninformed of what you can and cannot do to help us.”

“We need to be shown that the promises of your administration to prioritize the return of our family members are not empty. Now is the time for action. Now we need you to bring our fellow Americans home,” the letter states.

The letter reflects growing concerns within the hostage community that the Biden administration's foreign policy agenda does not prioritize the release of hostages, and that legal and political actions have complicated rather than advanced efforts to get captives released. In some cases, the letter to Biden asserts, the families feel as if they're in a “worse” situation now than eight months ago.

The U.S. withdrew from Afghanistan without bringing home Mark Frerichs, an American contractor abducted there in early 2020. Six American oil executives who'd been under house arrest in Venezuela were ordered back to jail this month following the extradition to the U.S. on corruption charges of a businessman who prosecutors say was a major conduit for corruption by President Nicolás Maduro’s inner circle.

The Biden team has been short on high-profile detainee and hostages releases so far. It was an area of keen interest to President Donald Trump, who in keeping with his unconventional approach to foreign policy appeared open to outside-the-box machinations with regard to hostage negotiations, such as a high-level but ultimately unsuccessful trip by administration officials to Damascus aimed at getting journalist Austin Tice home. He also invited American captives who'd been freed during his administration to appear with him at the 2020 Republican National Convention.

The families note in the letter that they were optimistic following a February call with Secretary of State Antony Blinken. Since then, though, they say they have been unable to meet with Biden or with his national security adviser, Jake Sullivan, “which leads us to believe that your administration is not prioritizing negotiations and other methods to secure their release.

“When we do meet with other officials we feel we are being kept in the dark about what the U.S. government intends to do to free our loved ones,” the letter says.

Asked about the letter, a White House National Security Council spokesperson said, “The safe and prompt release of U.S. hostages and wrongful detainees will always be a top priority, never an afterthought, in all of our foreign policy decisions.”

The letter was signed by family members of 26 American hostages and detainees held in countries across the world. That includes the mother of Trevor Reed, a Marine imprisoned in Moscow on charges of assaulting a police officer in Russia; the sister of Frerichs; and the wife of Jeffrey Woodke, an aid worker taken from his home in Niger in 2016.

“We have heard a lot of positive talk about making Mark and the other cases a national priority, but we are not seeing actions to bring them home," Frerichs's sister, Charlene Cakora, said in a statement to the AP. "There are solutions for many of these cases – including my brother’s, which could have been solved last summer – but we are not sensing any urgency on the part of the White House. For families, every second