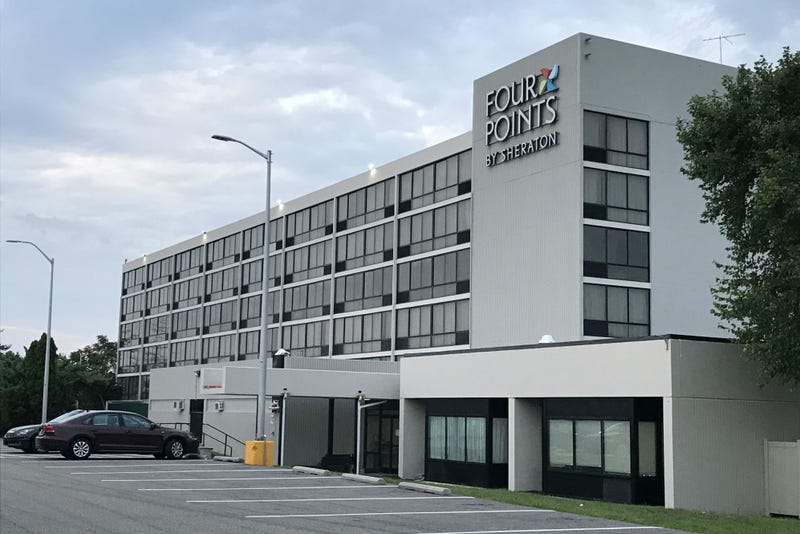 PHILADELPHIA (KYW Newsradio) — Police are investigating a shooting inside a Northeast Philadelphia hotel that left a man wounded.

It happened at the Four Points by Sheraton on Roosevelt Boulevard close to Grant Avenue. It's a very busy area, with restaurants and shopping centers nearby. And around 10:30 p.m. Monday, Chief Inspector Scott Small says people at the hotel called 911.

"It wasn't just one or two calls, there were numerous calls that there was not only gunshots but a shooting victim inside of this hotel," Small said.

Police say when officers and medics arrived they were directed to go to the sixth floor, where the 44-year-old victim had been shot in the abdomen.

"We found not only a small amount of blood but we also found a spent shell casing from a semi-automatic weapon in the hallway," Small said.

The victim rushed over to the hospital for surgery. Police say he's in critical condition.

Police say the victim was staying at the hotel with his girlfriend on the floor where he was shot. She spoke with detectives.

Police are going over surveillance footage as well.

The general manager of the hotel, Jack Haggerty, declined to make a comment and instead deferred to the police department. Meanwhile, police so far have not released any information about the shooter or shooters they may be looking for.