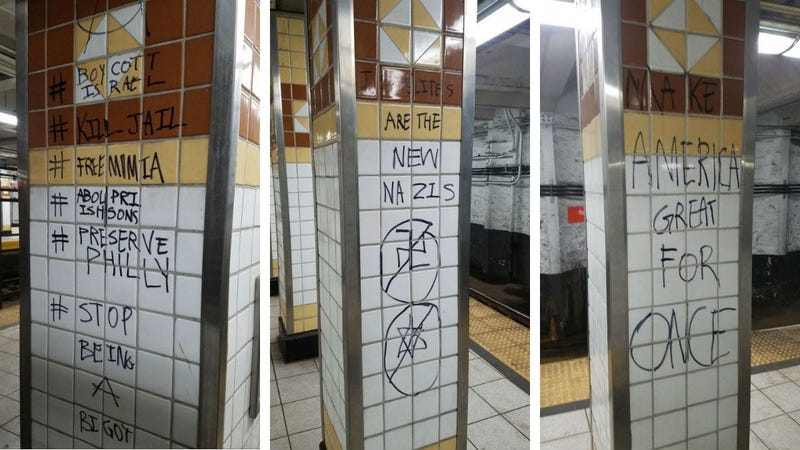 The graffiti was scrawled across five or six pillars and a maintenance door on one of the passenger waiting platforms. It included various messages, such as "Abolish Prisons," "Boycott Israel" and "Israelites are the new Nazis."

The messages appeared to be written in black marker. They were first spotted a little after 6:30 a.m. SEPTA had maintenance crews on their way to clean the graffiti before 8 a.m. and said the incident had been reported to the Philadelphia Police Department.