The virus may feel fictitious for some — until it suddenly doesn’t.

Some families are learning the hard way about what can happen when people you live with ignore social distancing guidelines.

“I just didn’t think it would spread that fast,” said Rashida Patterson, who spent Monday in the emergency room. “My symptoms started with shortness of breath, but I have asthma, so at first I thought it was that.”

The 41-year-old mother of three became ill a week ago with a fever, chills and exhaustion. Three days later, she mustered up the strength to go to a mobile COVID-19 testing site. The next day, she received the diagnosis — and she’s pretty sure she knows how she got it.“My son didn’t didn’t take it seriously. He kept bringing people to my house,” she said.

“My son didn’t didn’t take it seriously. He kept bringing people to my house,” she said. 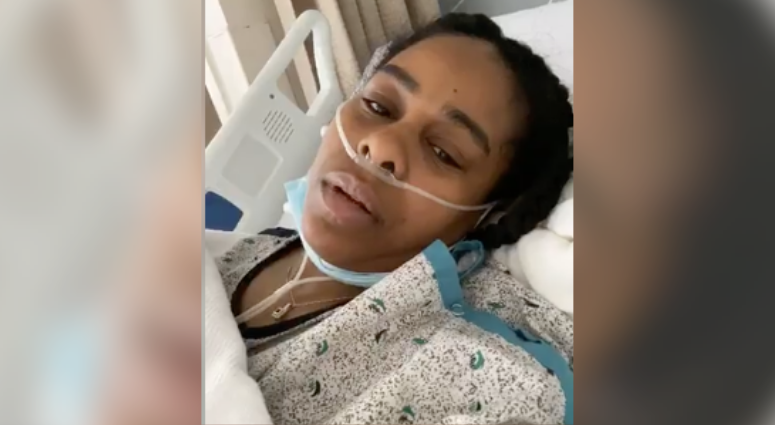 The teenager frequently brought visitors into her home, and she believes one of them ended up infecting not just her, but the entire household.

But the problem continued to spread even more. Another family member, who does not live in the Patterson household, brought them food while they were sick. That family member ended up taking the virus back to her home.

In all, nine members of her family have tested positive for COVID-19, including their grandmother, who is in her late 70s.

“She got rushed to the hospital,” Patterson recalled. “She’s in the hospital today. This virus is real.”

Allen Wilson said our natural inclination is to be closer to relatives during stressful times like these, but the pandemic is forcing us all to have tough conversations with those who blatantly ignore social distancing guidelines and put loved ones at risk.

“Would you rather be the outlier and not be popular,” continued Allen Wilson, “or would you rather go along to get along and everybody be dead or ill?”

“I would rather someone be mad at me for a few days, rather than to lose a loved one or something crazy happen,” echoed Justin Udo, a KYW Newsradio reporter. Whether you’re following protocols or not, the virus certainly doesn’t show bias, as he quickly learned.

As the loud voice in his family, Udo has been reminding everyone of the guidelines, but his effort apparently fell on deaf ears.

“My brother was being irresponsible,” he said. “He violated a stay-at-home order to travel to Michigan with his girlfriend.”

The couple contracted COVID-19 while on that trip, though they were both asymptomatic. His 30-year-old brother later tested positive and brought it back to St. Louis, where he lives with their father.

“My dad is high-risk. He’s older, he has diabetes — he is all of those things for the people that this is hitting the hardest,” he said. “I couldn’t believe (my brother) did that.”

Even if people are lenient on social distancing, they can be asymptomatic and still pass the virus along, evident in Udo’s case. Allen Wilson said that often goes unreported.