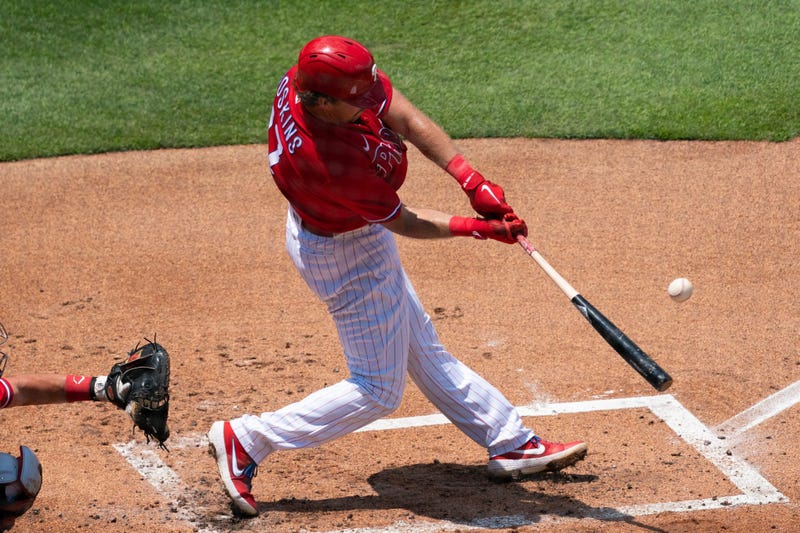 Activities such as players throwing the ball around the horn are out for this season.  For Rhys Hoskins, the option to wear a mask at times at first base has crossed his mind.

“Initially, I had thought that any time that I was on the field, I would not be wearing a mask, but maybe it’s something where I keep it in my back pocket in a zip lock bag or something,” Hoskins said.

Hoskins says he was able to work on his new batting stance at home even after baseball was shut down in March.​

“I have a bat on every floor in my house. I just pick up the bat and pick it one time and 20 minutes later, you do the same thing. In that sense, it was nice to have because that’s time I wasn’t necessarily going to have during the season,” he added.