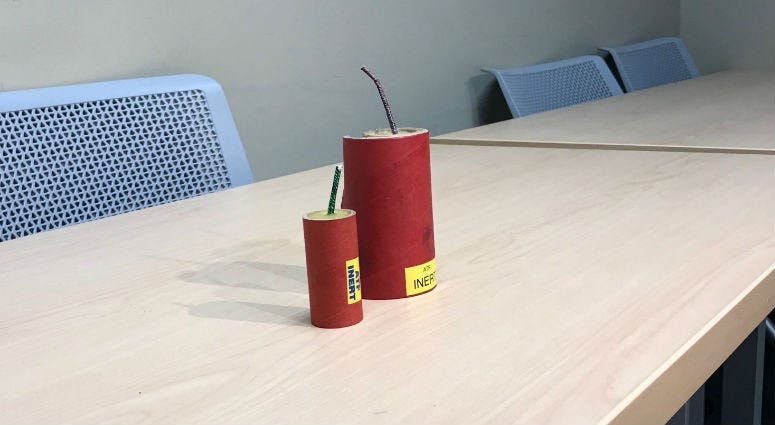 Tim Brooks of the Philadelphia police bomb disposal unit says the explosives that caused the injuries to the 9-year-old girl were lethal and they are not fireworks.

"These are, by definition, improvised explosive devices. They are not legally purchased, manufactured or sold in the United States," Brooks said.

Brooks says fireworks have no more than 50 milligrams of explosive powder in them and that these devices could have up to 100 grams.

He adds these devices are being sold as fireworks or quarter sticks of dynamite on the street ,and this isn't the first case.

"We have another individual that was using one of these that also has significant damage to that person's hand, and the other person was sitting on a bench and somebody lit one underneath and that person has significant internal injuries. Both are juveniles," Brooks said.

As for the girl's injuries, Capt. Mark Burgmann of special victims said they were "devastating."

"I'll just describe them as life-altering and devastating. The injuries. I can't over emphasize that enough, seeing photos, just how bad they were. And it's not just to her hands, it's to her whole upper body," Burgmann said.

The girl's father, Burgmann said, bought the device from a man who came into his work. The girl found the device on the mantle and started handling it when it went off.

He said the father and the man who sold him the explosive could be facing charges, but the investigation is still continuing. Burgmann urges anyone who might have one of the devices to call police or 911.