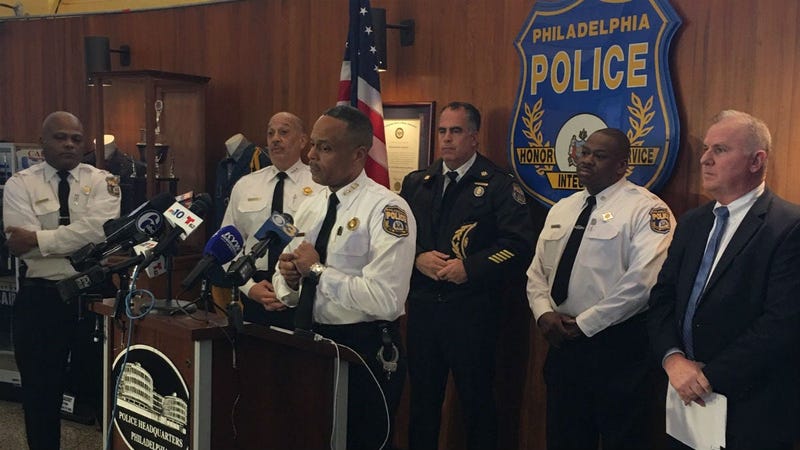 PHILADELPHIA (KYW Newsradio) — Authorities have arrested a man they say was targeting and raping women in South Philadelphia.

Police say their investigation is only beginning, as they believe he may have attacked other women, on both sides of Broad Street.

"He would follow them, and when they got to their place of business or their apartments, he would push them inside. He struck the victims most times. He punched them in the head. And in one particular case, our victim struggled with him and was cut with the knife."

Detectives are continuing to work on about a dozen other similar cases that could be connected to Williams, including additional attacks in South Philadelphia, going back to December. They also believe he could be responsible for a rape last May.

Philadelphia Police Commissioner Richard Ross applauded the detectives' work and gave special thanks to the public for coming forward with tips.

He urged victims to come forward, saying police believe he preyed on immigrants who are in the country illegally. "If you’re a victim, you’re a victim. That’s all you are to us. We are not concerned about your status, and it’s important to emphasize that," Ross said.

Ross said Williams has had prior convictions, including burglary, theft and simple assault.

According to a statement by a city spokesman, "The City takes these matters very seriously and as a result, the Streets department has placed Mr. Williams’ on immediate unpaid leave pending an investigation by the Streets Department."

KYW Newsradio's Tim McLaughlin contributed to this report.
Stay with KYW Newsradio for continuing updatres on this developing story.