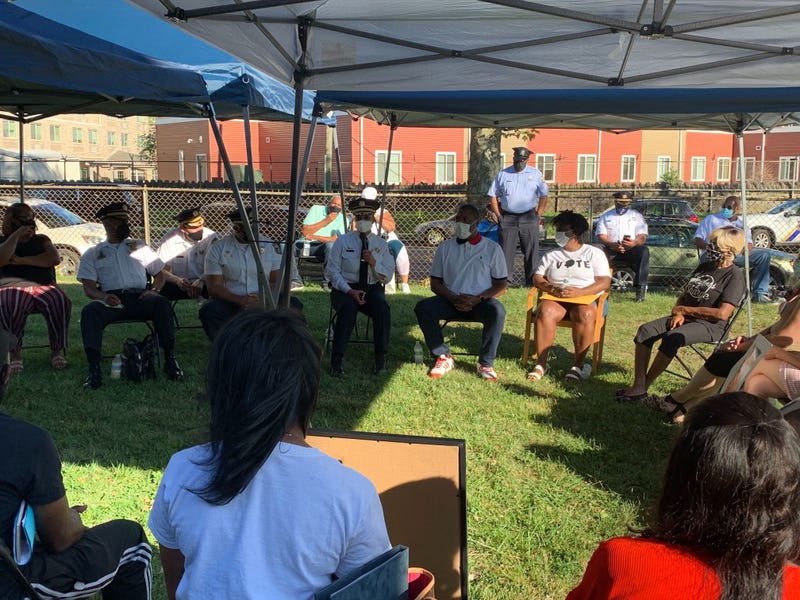 “He was a college graduate, he was a working young man, he was not a part of the street life,” said Oddess Blocker of her son, Albert, who was gunned down this month in Philadelphia at the age of 27. “And I just want justice. I want the Philadelphia Police Department and the homicide unit to take this matter seriously and to find the people who killed my son.”

Some are seeking justice, and others, like Williesha Robinson-Bethel, came to this seeking change and hearing what others who are in her shoes had to say.

“It was very informative,” she said. “It’s good to know we have the community's support, as well as the police department’s support.”

Robinson-Bethel’s son, William, was shot and killed a few years ago in Philadelphia.

“Easter Sunday, April 1, 2018,” she recounted. “He was out shopping with friends, he was gunned down. He lost his life two days later.”

Police Commissioner Danielle Outlaw was at this roundtable, but spent most of the time listening to parents like Blocker, Robinson-Bethel and a handful of others share their stories of loss, as well as hear their solutions on how gun violence can be stopped.

“I think we should tackle the lack of education and the lack of mental support in our school system,” suggested Robinson-Bethel.

Other solutions that were brought up include stricter gun laws, more gun buybacks, the return of neighborhood town watches and officers making more of an effort to build relationships with young people.

But the suggestion that came up most often was building a stronger relationship between police and the community as a whole.

“These solutions, for us to get at the core of what’s really going on, has to be community-driven,” Outlaw said when she finally took the microphone before the roundtable ended after about two hours.

Other officers spoke too, saying they’re as frustrated as the community with all the gun violence, and they’re working to change the lack of communication between police and the community, in particular, family members of homicide victims.

One officer said all this violence keeps police awake at night.

Melvin Singleton is among the Philadelphia officers speaking at this roundtable but is also representing the families of murder victims. He lost his nephew to gun violence: “It’s a spiritual crisis, a cultural crisis and a health crisis” @KYWNewsradio pic.twitter.com/KWYqhsxAXF

First Deputy Melvin Singleton was representing both police and the grieving community — his nephew was gunned down in Southwest Philadelphia not far from where the roundtable was held.

“It’s a spiritual crisis, a cultural crisis and a health crisis,” he said of the violence.

Councilmember Kenyatta Johnson, who is also the chairman of Philadelphia City Council’s Special Committee on Gun Violence Prevention, organized this roundtable because “we are in a state of emergency.”

“You will see more of these roundtable discussions, more of these town hall conversations,” Johnson added, “making sure the family members of victims of gun violence have a seat at the table. This is the number one priority I believe the city of Philadelphia needs to be addressing right now.”

There have been more than 240 homicides so far this year in Philadelphia and more than 1,000 shooting victims.