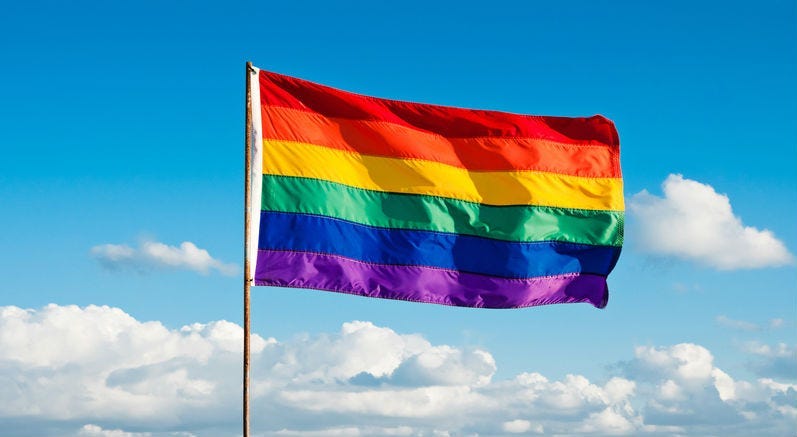 READING, Pa. (KYW Newsradio) — Residents are planning protests after the mayor of Reading decided at the last minute that the rainbow flag that represents the LGBTQ community could not fly over City Hall during this week's Pride celebration.

The flag was going to fly over Reading City Hall from Monday through Sunday. Reading City Councilwoman Donna Reed says she was on hand for what was supposed to be the flag raising.

"One of our city employees, who was holding the crank for the flag pole, handed me the flag and expressed his apologies, but told me he was ordered not to raise it," Reed said.

That decision came from the Reading mayor's office, saying the flag represents a political movement, and flying it would violate city policy.

He says there was confusion over the request for the flag, but when he heard about the flag, he stood by his policy.

“It was no protest on my part, I just said no and I’m very consistent and that’s about the best I can tell you,” Scott said.

He points out he was the first district judge to do same-sex marriages in Berks County when other judges were unwilling, and he says he helped bring the human relations council to Reading.

Reed and other council members disagree, as she says she sees it as representing equal civil rights for everyone.

"I think it's an inclusive sort of thing that shows everyone they are part of the city, of a municipality, of a state, of a nation. I see no point of reference to it being political," she said.

The flag is now flying over Borough Hall in neighboring West Reading.

Residents are planning to pack the city council meeting on Monday evening to protest the decision.

Reed says it's frustrating, because they'd followed guidelines and thought the flag would fly during the city's Pride celebrations this week. She adds that council plans to draw up a policy on flags so this doesn't happen again.

And, she says, there may be a silver lining, as the snub "will only serve to make our gay pride celebration on Sunday afternoon a much bigger and more interesting event than it has been."

Reading's Pride Festival is noon to 6 p.m. in Centre Park.