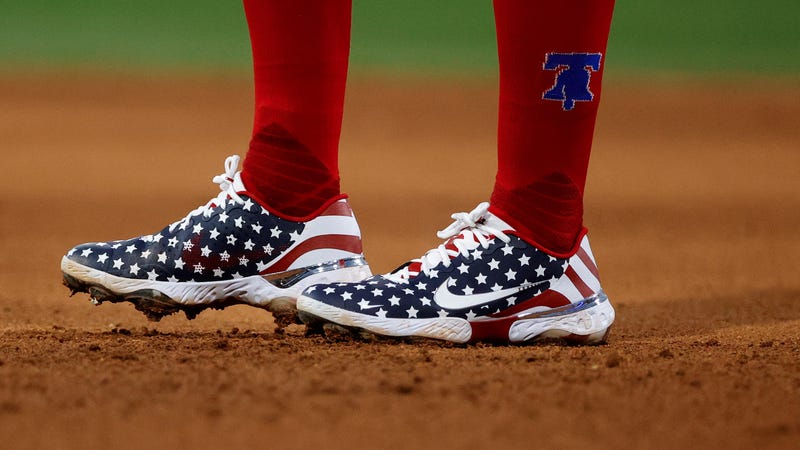 The cleats of Rhys Hoskins of the Philadelphia Phillies are seen during the fifth inning against the St. Louis Cardinals at Citizens Bank Park on July 3, 2022 in Philadelphia, Pennsylvania. Photo credit Tim Nwachukwu/Getty Images
By Dave Uram, KYW Newsradio

PHILADELPHIA (KYW Newsradio) — Independence Day in Philadelphia means the celebration of America’s birthday in its birthplace, parades, cookouts, and fireworks on the Parkway and in many other locales.

And Phillies baseball on the schedule. But not this year.

For the first time since 1916, the Phillies have a scheduled day off on the Fourth of July. The Phils were on the schedule that day in 1981, but no one played MLB games because of a strike. The 2020 pandemic-shortened season also halted Fourth of July games that year.

This is the first time in over 100 years the Phillies are supposed to be off on Independence Day.

How do you feel about the Phillies not playing on the Fourth of July this year?

“I think we’re going to try to get together and spend it as a team.” As far as who is on barbeque duty this Fourth of July, Hoskins told the Phillies Radio Network he will let left fielder Kyle Schwarber “do his thing” because “he’s been talking a big game.”

Scott Franzke said on the broadcast it has only happened twice in the past 100-plus years and those were the 1981 strike and 2020 pandemic-shortened seasons.

So, @SteveSosnaNBC -- of course -- is correct

The Phillies have stepped up their game over the past month and more. Since Bryce Harper’s injury, they are 5-3 including wins in three of their last four games. 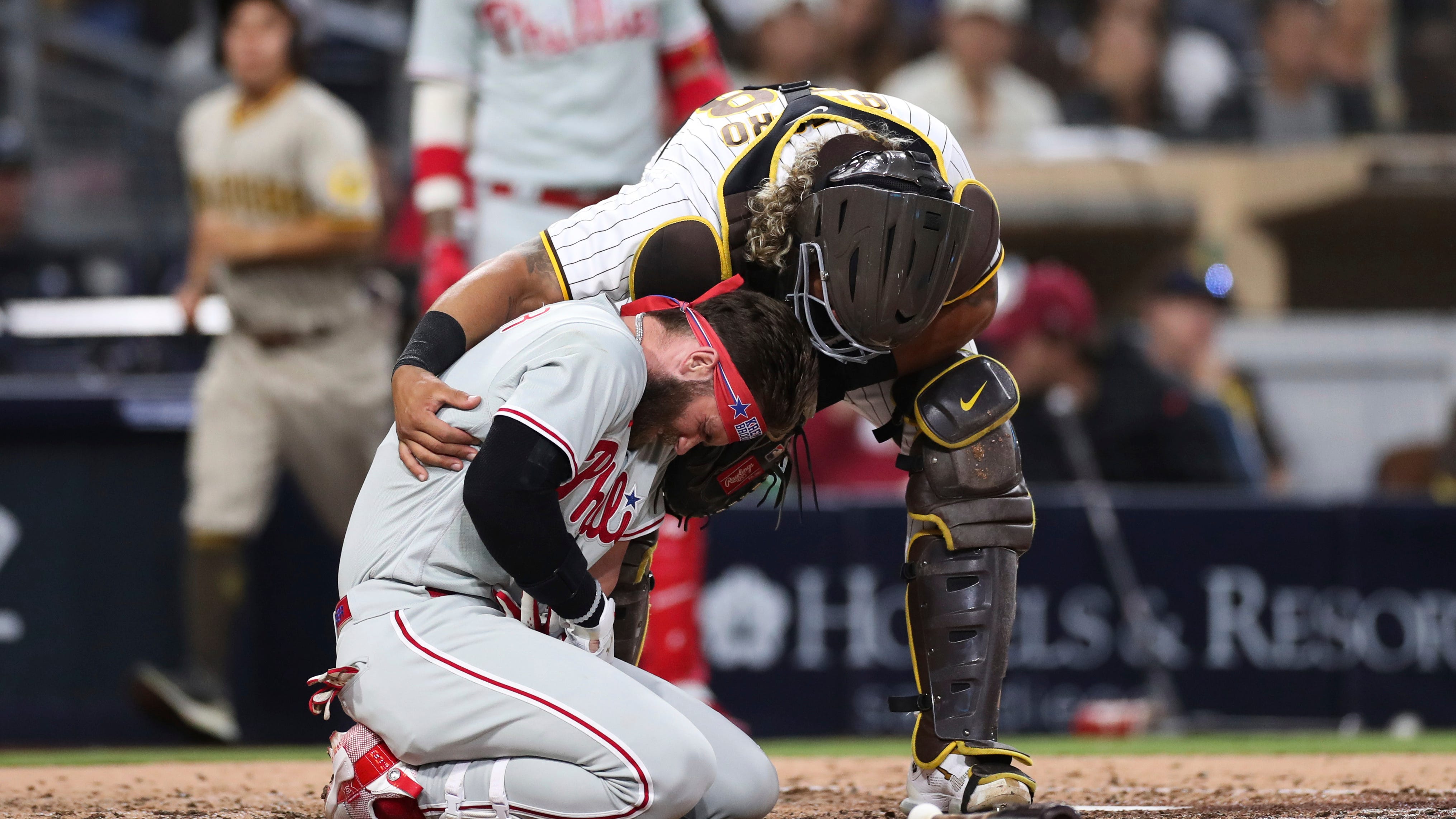 Phils: Harper surgery went well, but no timetable for return

“We’re all just kind of leaning on each other a little bit more,” catcher J.T. Realmuto told NBC Sports Philadelphia’s Danny Pommells. “We know if each one of us does 1% better throughout the season, then we’re going to make up for what we’re missing from him.”

With their series win against the Cardinals, the Phillies began Monday only 1 ½ games behind St. Louis for the third and final National League Wild Card spot.

While it will be strange not seeing them play on the Fourth of July, it’s a chance for them to recharge ahead of a home series against the Washington Nationals, followed by a tough road series at the Cardinals.