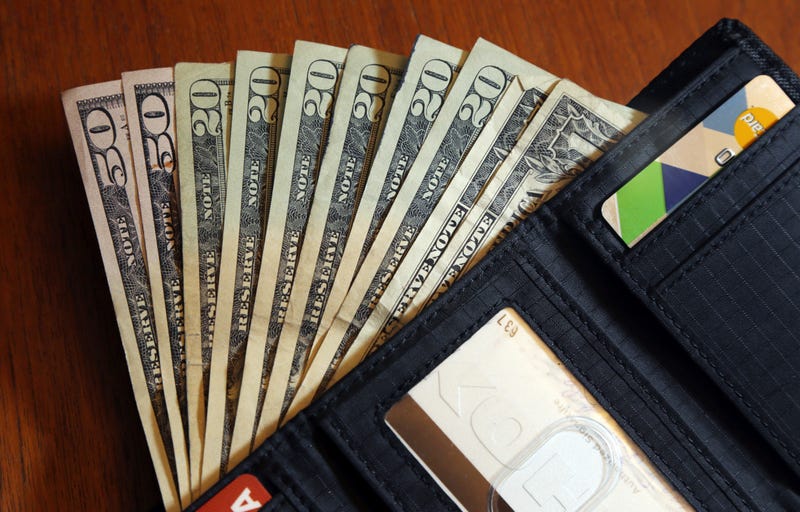 WASHINGTON (AP) — The U.S. economy grew faster than expected in the July-September quarter, the government reported Thursday, underscoring that the United States is not in a recession despite distressingly high inflation and interest rate hikes by the Federal Reserve.

But the economy is hardly in the clear, and the solid growth reported for the third quarter did little to alter the growing conviction among economists that a recession is very likely next year.

Higher borrowing rates and chronic inflation will almost certainly continue to weaken consumer and business spending. And likely recessions in the United Kingdom and Europe and slower growth in China will erode the revenue and profits of American corporations. Such trends are expected to cause a U.S. recession sometime in 2023.

Still, there are reasons to hope that a recession, if it comes, will prove a relatively mild one. Many employers, having struggled to find workers to hire after huge layoffs during the pandemic, may decide to maintain most of their existing workforces even in a shrinking economy.

In the July-September quarter, the economy accelerated to a 2.6% annual pace, after two quarters of contraction. Consumers spent more and exports jumped, offsetting a sharp slowdown in home sales and construction.

Six months of economic decline is a long-held informal definition of a recession. Yet nothing is simple in a post-pandemic economy in which growth was negative in the first half of the year but the job market remained robust, with ultra-low unemployment and healthy levels of hiring. The economy's direction has confounded the Fed's policymakers and many private economists ever since growth screeched to a halt in March 2020, when COVID-19 struck and 22 million Americans were suddenly thrown out of work.

By far the biggest threat to the economy remains inflation, which is still near its highest level in four decades. Even for workers who received sizable raises, their pay has dropped once it's adjusted for inflation. The pain is being felt disproportionately by lower-income and Black and Hispanic households, many of whom are struggling to pay for essentials like food, clothes, and rent.

High inflation has also become a central issue in Republican attacks on President Joe Biden and his fellow Democrats, who have been thrown on the defensive as they seek to maintain control of Congress in the midterm elections.

So what is the likelihood of a recession? Here are some questions and answers:

WHY DO MANY ECONOMISTS FORESEE A RECESSION?

They expect the Fed's aggressive rate hikes and persistently high inflation to overwhelm consumers and businesses, forcing them to slow their spending and investment. Businesses will likely also have to cut jobs, causing spending to fall further.

The Fed is poised to keep raising its benchmark interest rate after having already hiked it five times this year, from near zero to a range of 3% to 3.25%. Fed officials have projected that their short-term rate, which affects borrowing costs for consumers and businesses, will reach about 4.6% next year, which would be the highest level since late 2007.

Consumers have been remarkably resilient so far this year. Still, there are signs that high inflation and borrowing costs have begun taking a toll. Last quarter, consumer spending grew at just a 1.4% annual rate, according to Thursday's government report, down from 2% in the second quarter and less than half its pace of a year ago.

Thursday's figures also showed that businesses are cutting back on investment in buildings and factories, and the housing market has been hammered by rising mortgage costs. Those trends are expected to intensify, leading to a likely recession.

WHAT ARE SOME SIGNS THAT A RECESSION MAY HAVE BEGUN?

The clearest signal, economists say, would be a steady rise in job losses and a surge in unemployment. Claudia Sahm, an economist and former Fed staff member, has noted that since World War II, an increase in the unemployment rate of a half-percentage point over several months has always resulted in a recession.

Many economists monitor the number of people who seek unemployment benefits each week, which indicates whether layoffs are worsening. Weekly applications for jobless aid have increased in recent months, but not by very much. Instead, employers have added a robust average of 370,000 jobs in the past three months.

ANY OTHER SIGNALS TO WATCH FOR?

Many economists monitor changes in the interest payments, or yields, on different bonds for a recession signal known as an “inverted yield curve.” This occurs when the yield on the 10-year Treasury falls below the yield on a short-term Treasury, such as the 3-month T-bill. That is unusual. Normally, longer-term bonds pay investors a richer yield in exchange for tying up their money for a longer period.

Inverted yield curves generally mean that investors foresee a recession that will compel the Fed to slash rates. Inverted curves often predate recessions. Still, it can take 18 to 24 months for a downturn to arrive after the yield curve inverts.

Ever since July, the yield on the two-year Treasury note has exceeded the 10-year yield, suggesting that markets expect a recession soon. And just this week, the three-month yield also temporarily rose above the 10-year, an inversion that has an even better track record at predicting recessions.

WHO DECIDES WHEN A RECESSION HAS STARTED?

Recessions are officially declared by the obscure-sounding National Bureau of Economic Research, a group of economists whose Business Cycle Dating Committee defines a recession as “a significant decline in economic activity that is spread across the economy and lasts more than a few months.”

The committee considers trends in hiring as a key measure in determining recessions. It also assesses many other data points, including gauges of income, employment, inflation-adjusted spending, retail sales and factory output. It puts heavy weight on jobs and a measure of inflation-adjusted income that excludes government support payments like Social Security.

Yet the NBER typically doesn’t declare a recession until well after one has begun, sometimes for up to a year.

DON’T A LOT OF PEOPLE THINK WE"RE ALREADY IN A RECESSION?

And the Fed’s rate hikes have helped send the average 30-year fixed mortgage rate surging above 7% this week, the highest level in two decades. It has more than doubled from about 3% a year ago, thereby making homebuying increasingly unaffordable.

DOES HIGH INFLATION TYPICALLY LEAD TO A RECESSION?

Not always. Inflation reached 4.7% in 2006, at that point the highest in 15 years, without causing a downturn. (The 2008-2009 recession that followed was caused by the bursting of the housing bubble).

But when it gets as high as it has this year — it reached a 40-year peak of 9.1% in June — a downturn becomes increasingly likely.

That's for two reasons: First, the Fed will inevitably sharply raise borrowing costs when inflation gets that high. Higher rates then drag down the economy as consumers are less able to afford homes, cars, and other major purchases.

High inflation also distorts the economy on its own. Consumer spending, adjusted for inflation, weakens. And businesses grow uncertain about the future economic outlook. Many of them pull back on their expansion plans and stop hiring, which can lead to higher unemployment as some people choose to leave jobs and aren't replaced.