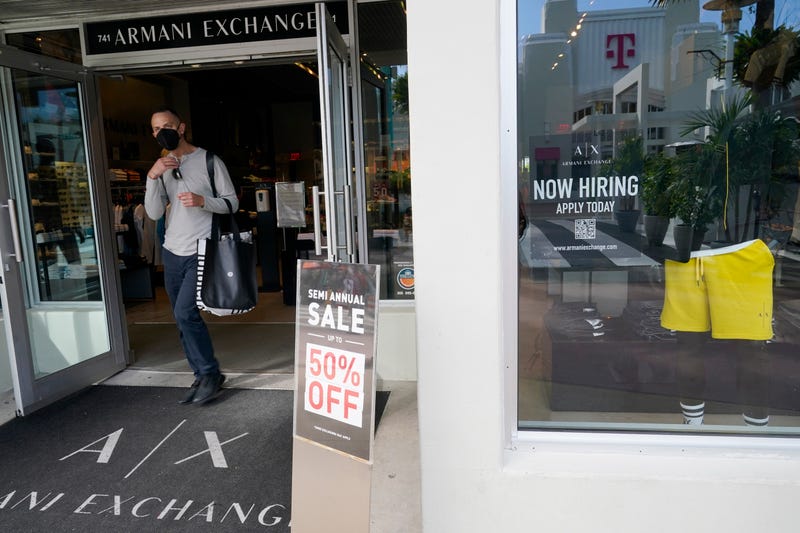 WASHINGTON (AP) — U.S. consumers grew more confident for the second month in a row as gas prices continued to fall.

The Conference Board said Tuesday that its consumer confidence index rose to 108 in September, from 103.6 in August. The back-to-back monthly increases follow three straight monthly declines as American households were hammered by rising prices, particularly at the gas pump.

The board’s expectations index — a measure of consumers’ six-month outlook for income, business and labor conditions — rose to 80.3 in September from 75.8 in August.

Analysts surveyed by data provider FactSet had expected consumer confidence to rise slightly as gas prices have fallen from highs this summer of more than $5 per gallon. AAA motor club says the average price for a gallon of gas in the U.S. fell to $3.75 on Tuesday.

Although by some measures, inflation appears to have slowed recently, the cost for most things are still significantly higher than they were a year ago.

Earlier this month, the government reported that consumer prices rose 8.3% from a year earlier and 0.1% from July. But the jump in “core” prices, which exclude volatile food and energy costs, remains worrisome. It outpaced expectations and stoked fear that the Federal Reserve will boost interest rates more aggressively and raise the risk of a recession.

Fueled by high rents, medical care and new cars, core prices leaped 6.3% for the year ending in August and 0.6% from July to August, the government reported earlier this month.

Since March, the Federal Reserve has implemented its fastest pace of rate increases in decades to try to curb four-decade high inflation, which has punished households with soaring costs for food, gas, rent and other necessities.

Last week, the Fed boosted its benchmark short-term rate, which affects many consumer and business loans, to a range of 3% to 3.25%, the highest level since early 2008. It was the central bank's third straight three-quarter point increase and most economists and analysts expect more increases before the year ends.

Lynn Franco, the Conference Board’s senior director of economic indicators, said that consumers' purchasing intentions for big-ticket items were mixed. More people said they expected to buy cars or big appliances in the near future, but fewer said they intend to buy a house anytime soon, as rising interest rates have added hundreds of dollars a month to mortgage payments.

Last week, mortgage buyer Freddie Mac said the average rate on a 30-year mortgage rose to 6.29%, the highest level since October of 2008 when the housing market crashed, triggering the Great Recession.

“Looking ahead, the improvement in confidence may bode well for consumer spending in the final months of 2022, but inflation and interest-rate hikes remain strong headwinds to growth in the short term,” Franco said.