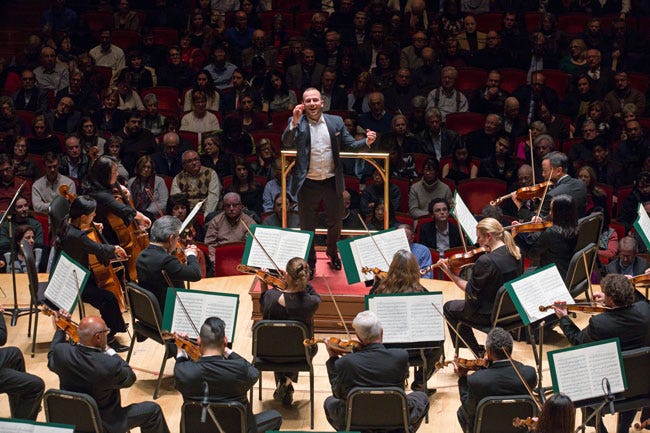 PHILADELPHIA (KYW Newsradio) — The Philadelphia Orchestra has returned to the stage with a reimagined season for the first time since the city shut down in March.

After going through what he called the most difficult time in their storied history, President and CEO Matías Tarnopolsky said Wednesday’s opening night performance was “the most moving and powerful … and affirmative thing that the musicians of this orchestra and this organization could have done.”

“These are the finest musical artists in the world, and they’ve been playing their instruments since childhood,” he continued. “For many of them, this was probably the longest time since they picked up their instruments (that) they did not play with other people on a regular basis.”

They’re now playing on a digital stage, recording shows with empty seats — all socially distant from one another. Everybody wears a mask, except wind players, of course, but they are surrounded by Plexiglas.

Tarnopolsky said all performances will be recorded for same-day viewing at home for $15.

“When you buy a ticket for the digital stage, you will get the time of the performance, which is generally on a Thursday evening. You’ll click a link and access the concert, which will be available for you as a ticketholder for 72 hours,” he said.

While he can’t say when they’ll perform again in front of a live audience, Tarnopolsky believes the digital stage is here to stay. Opening night drew audiences from more than a half-dozen countries — a hopeful sign for an operation that’s lost about $10 million during the coronavirus pandemic.