PHILADELPHIA (KYW Newsradio) — Philadelphia City Council is poised to approve new, restrictive zoning rules for Society Hill this week, over the objections of critics, including the Planning Commission, who said the bill will thwart the city's goals on affordable housing, historic preservation and climate change.

"The staff believes that the bill creates unnecessary overlay restrictions and exempts one neighborhood from multiple historic preservation measures that were added to the zoning code by City Council after the two-year Historic Preservation Task Force process," City Planner Paula Burns said, testifying against the bill at a Rules Committee hearing last week.

The bill would limit building height in the neighborhood, which runs from the Delaware River to 8th Street, between Walnut and Lombard. In some parts of it, buildings could not exceed 45 feet, limiting how much housing could be built there, decreasing the chances for creating mixed income units.

It also increases the number of parking spaces required for new development despite the city's goal of reducing private car use to relieve congestion, improve safety and fight climate change.

The six-page bill also regulates signs and facades in ways that would become unique to the area.

Councilmember Maria Quiñones-Sanchez, a champion of affordable housing, pushed back against the bill’s restrictive zoning a bit, before voting for it in deference to sponsor Mark Squilla, who represents the district that encompasses Society Hill.

"Society Hill is a neighborhood where we don't have the level of affordability that we should. We need to make sure that people understand that that is the spirit by which your Council colleagues support you on this issue," she said.

Squilla said he worked with neighbors to try to make the bill acceptable to the Planning Commission and other critics. (In fact, the Commission recommended approval of a companion bill after nine amendments to it.) However, it remains virtually identical to a bill he introduced last year.

Mayor Jim Kenney declined to sign that one and, because it was the end of the term, that was in effect a veto — what's known as a pocket veto. The mayor, though, has never directly vetoed a bill and he hasn't hinted at whether he would take that step for this one.

It is sure to land on his desk though, thanks to Council's tradition of not opposing any bill a district Council member introduces for their constituents. 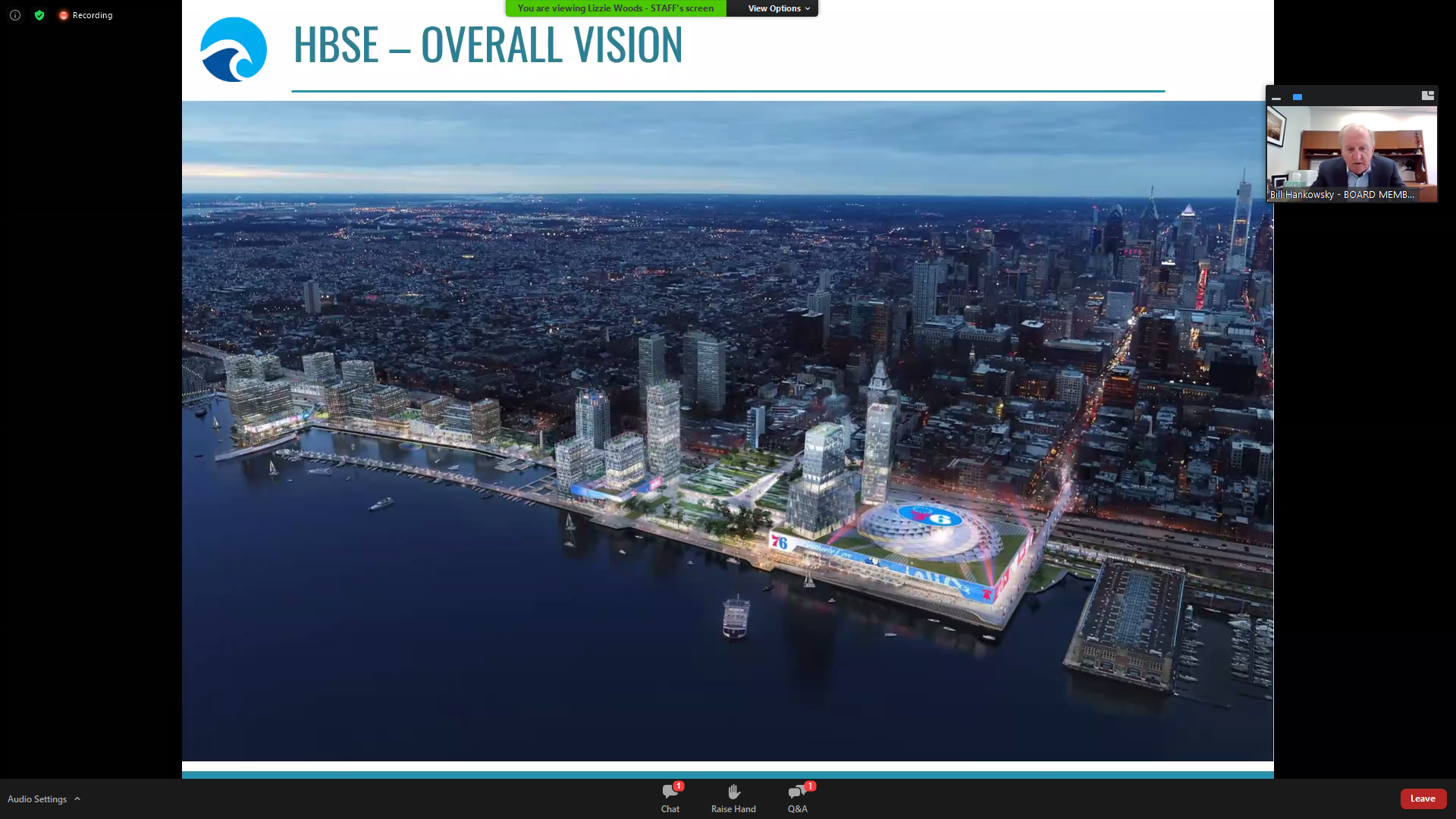 Penn's Landing development plan will not include a new Sixers arena

Even some neighbors, though, have misgivings.

"I live in Society Hill and I would not be in favor of a bill that gives Society Hill special rules that limit development," says Harrison Finberg.

Finberg, who works in real estate development, cited the neighborhood's proximity to Center City, access to public transit and other conveniences that drew him to the area.

"Of all the neighborhoods in the city, this is one that should really be encouraging growth," he said.

"We want to make Philadelphia as inclusive as it can be," Moore says, "so making some neighborhoods more restrictive than others fosters some of these spacial inequalities that are really festering in the city."

Finberg conceded that is not the popular view in Society Hill but he questions whether the zoning code should be governed by what one group of neighbors prefer.

"I don't think that's what zoning is for," said Finberg.