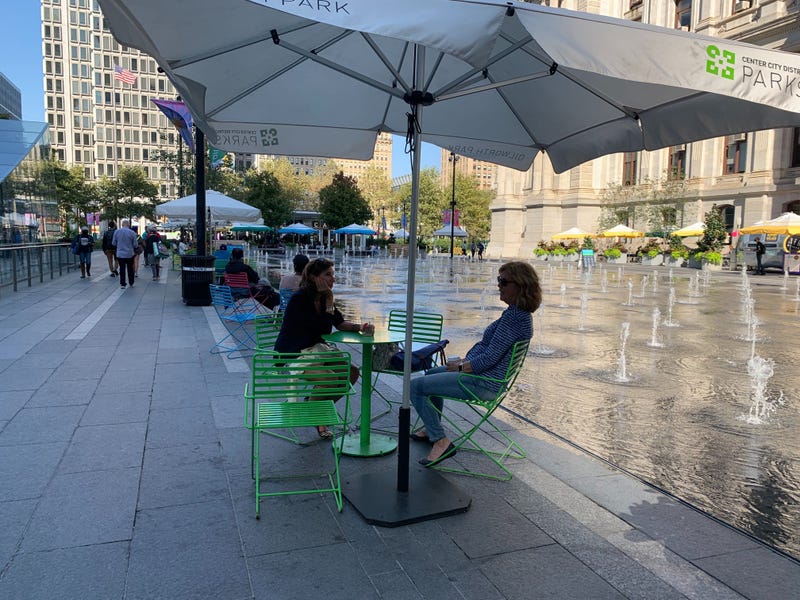 PHILADELPHIA (KYW Newsradio) — The Center City District this week released a new report on the state of the area's economy.

Paul Levy, president of the Center City District, said the new report titled "Restaurant and Retail Recovery: Slow, Steady but fragile" indicates an uptick in activity from the summer to the first two weeks after Labor Day.

"We were very clear about this that this was not a guaranteed recovery, but we're on the right path,” he explained.

He said what people might have thought about Center City this past summer has changed.

"The image that a lot of people had of boarded up storefronts, there were 276 in June. We were down 56 at the end of September, so a lot of reopening and recovery,” Levy said.

And he said through the summer, pedestrian volumes were only at about 33% compared to the same time last year. After Labor Day, he said the number jumped up to over 40% — they were at 44% the last two weeks.

Levy points out that there are students in Philadelphia, even if they're attending classes remotely, and there's a small growing percentage of people in their offices.

"But again, the pedestrian counts in the office district are one half the people on Walnut, Chestnut and Locust street,” he said.