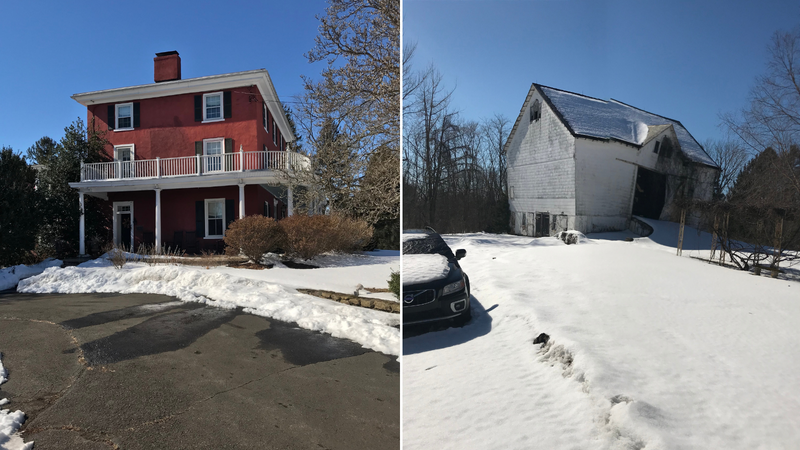 PHILADELPHIA (KYW Newsradio) — A plan to convert the former home of lyricist Oscar Hammerstein into a museum and performance space in Bucks County has taken one small step forward.

The Oscar Hammerstein Museum and Theatre Education Center in Doylestown recently received a $500,000 matching grant from Pennsylvania’s Redevelopment Assistance Capital Program. The grant will help renovate the farmhouse, barn and the five acres they sit on, near Route 202.

The mantra in “Field of Dreams” is, “If you build it, they will come.” According to Greg Roth, president of the board, this effort is the exact opposite.

“People are coming from all over — literally — and have been before COVID and just showing up to say, ‘Where were these songs, known the world over, where were they written? I want to see more, I want to do more, I want to walk the grounds. I want to go into his home, Oscar Hammerstein’s home.’ So we as a board said, ‘We need to get this thing converted and built,’ ” he said.

That idea to turn the farm into a museum was conceived eight years ago. Most of the money raised to date has been used to engage attorneys and architects. Doylestown Township recently lifted the last barrier to preserving the property. Roth said the next step is buying the land.

Hammerstein’s home, Highland Farms, is currently operating as a bed and breakfast and has rooms named after four of his best-known plays: “South Pacific,” “Carousel,” “The King and I,” and “Oklahoma!”

The overall plan is to preserve the barn and turn it into an education center, welcome center and  and theater arts studio space.

The board wants to raise $2 million by this summer, and another $3 million in 2022. A ribbon-cutting is tentatively planned for 2023.

“We are very much in the fundraising mode,” said Roth. “We are talking to individuals who have a keen interest in musical theater and theater arts, and we are pleased to say we’re getting tremendous interest, not only from the greater Philadelphia area, but from all over the country.”

The center also recently announced its members of the honorary advisory board, which includes actress Shirley Jones, who had a small role in “South Pacific” and went on to star in “Oklahoma!” and “Carousel”; actress and author Mariel Hemingway; English actor and performer Gerald Dickens; and National Medal of Arts recipient and Grammy-nominated composer Morten Lauridsen.

Roth, optimistic about the future of the museum, tipped his hat to one of Hammerstein’s best-known songs: “While we are climbing every mountain together, we finally see the end very much in sight.”