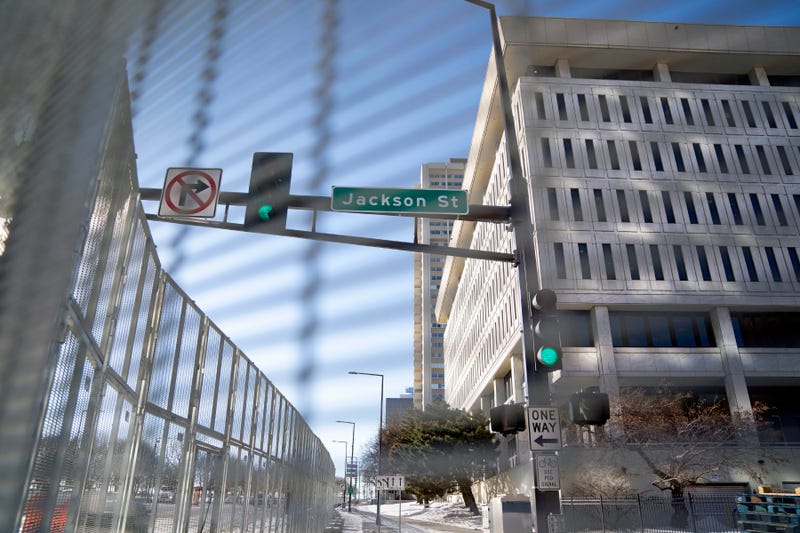 MINNEAPOLIS (AP) — The federal trial for three former Minneapolis police officers who were with Derek Chauvin when he pinned George Floyd to the street is expected to be complex as prosecutors try to prove each officer willingly violated the Black man’s constitutional rights.

Jury selection begins Thursday in the federal case against J. Kueng, Thomas Lane and Tou Thao, who also face a state trial later this year on counts of aiding and abetting both murder and manslaughter in Floyd's death.

In the federal case, all three are broadly charged with depriving Floyd of his civil rights while acting under “color of law,” or government authority. Legal experts say it will be more complicated than the state trial because prosecutors have the difficult task of proving they willfully violated Floyd’s constitutional rights — unreasonably seizing him and depriving him of liberty without due process.

“In the state case, they’re charged with what they did. That they aided and abetted Chauvin in some way. In the federal case, they’re charged with what they didn’t do -- and that’s an important distinction. It’s a different kind of accountability,” said Mark Osler, a former federal prosecutor and professor at the University of St. Thomas School of Law.

Floyd, 46, died on May 25, 2020, after Chauvin pinned him to the ground with his knee on Floyd’s neck for 9 1/2 minutes while Floyd was facedown, handcuffed and gasping for air. Kueng knelt on Floyd's back and Lane held down his legs. Thao kept bystanders from intervening.

Chauvin was convicted in April on state charges of murder and manslaughter and is serving a 22½-year sentence. In December, he pleaded guilty to a federal count of violating Floyd’s rights.

Federal prosecutions of officers involved in on-duty killings are rare. Prosecutors face a high legal standard to show that an officer willfully deprived someone of their constitutional rights, including the right to be free from unreasonable seizures or the use of unreasonable force; an accident, bad judgment or negligence isn’t enough to support federal charges.

Essentially, prosecutors must prove that the officers knew what they were doing was wrong, but did it anyway.

Kueng, Lane and Thao are all charged with willfully depriving Floyd of the right to be free from an officer’s deliberate indifference to his medical needs. The indictment says the three men saw Floyd clearly needed medical care and failed to aid him.

Thao and Kueng are also charged with a second count alleging they willfully violated Floyd’s right to be free from unreasonable seizure by not stopping Chauvin as he knelt on Floyd’s neck. It’s not clear why Lane is not mentioned in that count, but evidence shows he asked twice whether Floyd should be rolled on his side.

Both counts allege the officers’ actions resulted in Floyd's death.

Federal civil rights violations that result in death are punishable by up to life in prison or even death, but those stiff sentences are extremely rare and federal sentencing guidelines rely on complicated formulas that indicate the officers would get much less if convicted.

John Baker, a former defense attorney and professor at St. Cloud State University, said each officer has good defense arguments available. Baker said Chauvin was a senior officer and Lane and Kueng, who were new to the job, can argue they were doing what they were told to do. Baker said Thao can say he was just trying to keep other people from getting involved.

“The question is: Did they do enough and should they have stopped Derek Chauvin from doing what he was doing?” Baker said.

It’s not known whether any of the three officers will testify. Baker said he would advise them not to, because their testimony could be used against them in a state trial. But Osler thinks at least some of them might take the stand, saying police officers make some of the best witnesses because they are trained on how to testify.

It's not clear whether Chauvin will testify, either. Turner said prosecutors don’t need his testimony because they have video that shows what happened. Osler said Chauvin’s federal plea agreement was crafted carefully to limit his usefulness to the defense.

That agreement says Chauvin knew that officers are trained to intervene if another officer is using inappropriate force, and that Chauvin didn't threaten or force any of the three officers to disregard that duty.

It also says that Chauvin did not observe Thao or Kueng do or say anything to try to get Chauvin to stop. It says Chauvin heard Lane ask twice whether Floyd should be rolled on his side, but that Chauvin “did not hear or observe Officer Lane press the point, and did not hear or observe Officer Lane say or do anything else to try to get Officer Kueng and the defendant off of Mr. Floyd.”

Osler said those details are “quite intentional.”

“There must be some fear that he would fall on his sword and say it was all on me, not these other guys," Osler said.

As rare as federal prosecutions of officers are, it's rarer still that such a case would precede a state trial.

“This trial is going to present an evolutionary step beyond what we saw at the Chauvin trial because we’re not looking at the killer, but the people who enable the killer. And that gets a step closer to the culture of the department,” Osler said.

Find AP’s full coverage of the death of George Floyd at: https://apnews.com/hub/death-of-george-floyd