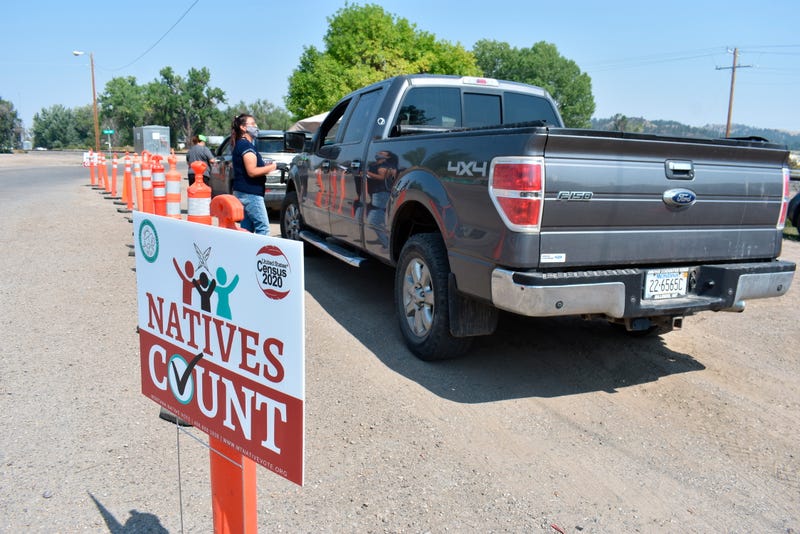 From tribal lands in Arizona and New Mexico to storm-battered Louisiana, census workers who go door to door were unable to reach all the households they needed for a complete tally of the U.S. population, a count that ended abruptly last week after a Supreme Court ruling.

Community activists, statisticians and civil rights groups say racial and ethnic minorities are historically undercounted, and shortcomings in the 2020 census could set the course of life in their communities for years to come.

The count determines the number of congressional seats each state gets, where roads and bridges are built, how schools and health care facilities are funded, and how $1.5 trillion in federal resources are allocated annually.

The census ended last week after the Supreme Court sided with President Donald Trump's administration and suspended a lower court order allowing the head count to continue through Oct. 31.

The U.S. Census Bureau says that overall, it reached more than 99.9% of the nation’s households, but in a nation of 330 million people, the remaining .1% represents hundreds of thousands of uncounted residents. And in small cities, even handfuls of undercounted residents can make a big difference in the resources the communities receive and the power they wield.

Also, a high percentage of households reached does not necessarily translate to an accurate count: The data’s quality depends on how it was obtained. The most accurate information comes from people who “self-respond” to the census questionnaire online, by phone or mail. Census officials say 67% of the people counted in the 2020 census responded that way.

In any case, census takers, who go door to door, fell short of reaching all the households that hadn't filled out the census form in many pockets of the country.

In large parts of Louisiana, which was battered by two hurricanes, census takers didn’t even hit 94% of the households they needed to reach. In Window Rock, the capital of the Navajo Nation on the Arizona-New Mexico border that was ravaged by COVID-19, census takers only reached 98.9%.

According to the Census Bureau, census takers reached 99.9% of the households they needed to contact in most of the 248 census areas the bureau designated across the U.S. They fell short of 99.9% in Quincy, Massachusetts; New Haven, Connecticut; Asheville, North Carolina; Jackson, Mississippi; Providence, Rhode Island, and Manhattan, where neighborhoods emptied out in the spring because of the coronavirus.

Rhode Island is one of about 10 states projected to lose a congressional seat, based on anticipated state population figures in the 2020 census. It could take as few as 30,000 overlooked people for the nation’s physically smallest state to revert back to having a single House district, said John Marion, executive director of Common Cause Rhode Island, a nonprofit watchdog.

The early conclusion of the census "is really going to stymie our efforts, not only to maintain that second district but also to have fair representation in our state legislature,” Marion said.

Jackson, Mississippi, Mayor Chokwe Antar Lumumba blamed the coronavirus, which curtailed in-person outreach efforts that could have made a difference in hard-to-count neighborhoods. The mayor isn't sure having an extra two weeks would have made a huge difference, but he says not having a complete count is significant: Jackson loses $1,000 each year for every person not counted.

“All of this has long-term implications for city planning, for how we address our needs, and for ensuring that we are fairly represented in the state house and in Congress," Lumumba said.

There are also concerns about the quality of the data obtained. The second-most accurate information after self-responses comes from household members being interviewed by census takers. When census takers can't reach someone at home, they turn to less-accurate information from neighbors, landlords and administrative records, the latter of which have been in widespread use for the first time this year. Information was obtained by these methods for almost 40% of the census takers' caseload, according to the Census Bureau.

“Do not be fooled by the Census Bureau’s 99% myth. If there was ever fake news, this is it,” said Marc Morial, president and CEO of the National Urban League, one of the civil rights groups that challenged the Trump administration’s census schedule in court.

Census Bureau director Steven Dillingham said Monday that a first look at the data collection operation indicates “an extremely successful execution.” He noted that the 67% self-response rate this year was higher than the 66.5% reached during the 2010 census.

How much time the Census Bureau has to crunch the numbers is still being fought in courts and in Congress. Civil rights groups and others are pushing Congress to extend the bureau's deadline for turning in apportionment numbers for congressional seats from Dec. 31 to the end of next April.

The Trump administration said the Census Bureau needed to end the count early to meet the Dec. 31 deadline. But top officials at the Census Bureau said as recently as July that it would still be impossible to process all of the data by the end of the year. They've since changed their tune, and on Wednesday said in a conference call with the news media that the deadline can be met by working around the clock and with technological advances in computer processing.

In areas that were not counted, Census Bureau officials said they will use a statistical technique called imputation, which uses the characteristics and size of neighboring households to fill in the gaps of homes with missing data.

Groups suing the administration over the timetables said the deadline for turning in apportionment numbers was moved up to accommodate an order from Trump to exclude people in the U.S. illegally from the numbers used to divvy up congressional seats among the states. Sticking to a Dec. 31 deadline ensures that data processing remains under the administration's control, regardless of who wins the presidential election.

“This census isn’t over,” Morial said. “We will continue to fight in the courts, Congress and the court of public opinion.”