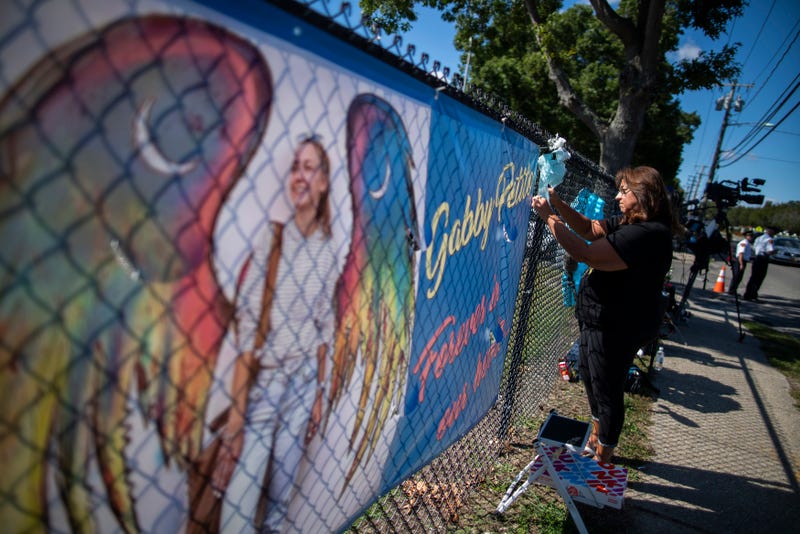 HOLBROOK, N.Y. (AP) — Lines of mourners paid their respects Sunday for Gabby Petito, the 22-year-old whose death on a cross-country trip has sparked a manhunt for her boyfriend.

Among those who congregated in Holbrook, about 35 miles (56 kilometers) east of New York City, were family members, friends, co-workers and people who were touched by Petito's story even though they didn't know her.

“She was a beautiful soul; she was full of life, always smiling,” said Desiree Keeffe, a friend of Petito's mother, Nicole. “She gave you love. She was just a beautiful soul. She touched everybody like she did now.”

Two fire trucks were positioned one on either side of the funeral home, each with its ladder extended, a