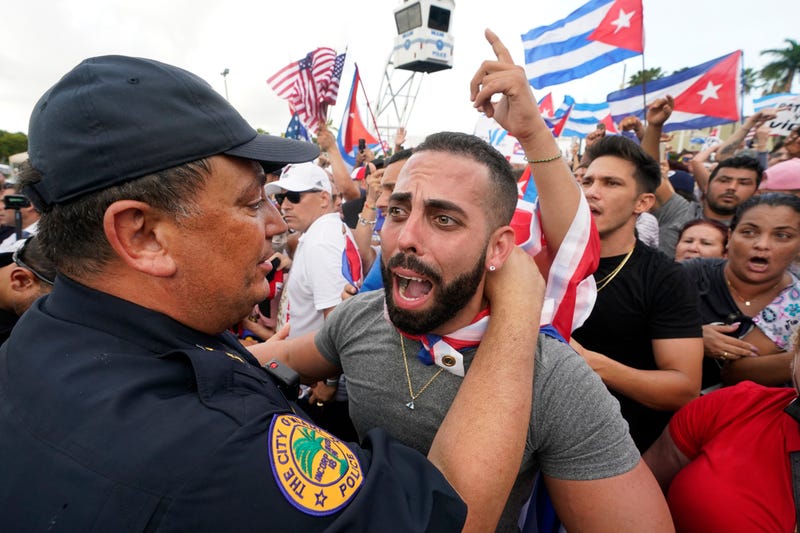 Acevedo had a national profile as a progressive law enforcer in Texas, with a deft touch at building community support. And as a Cuban refugee, born in Havana, he was presented as a perfect fit for the city's Cuban American culture.

But Acevedo — who grew up in California — isn't a Miami Cuban, and it didn't take long for his outsider status to clash with the city's powers-that-be. Now a brewing feud with the police union and city commissioners whom Acevedo accuses of meddling in the department has come to a head, at a raucous meeting that puts his future in doubt.