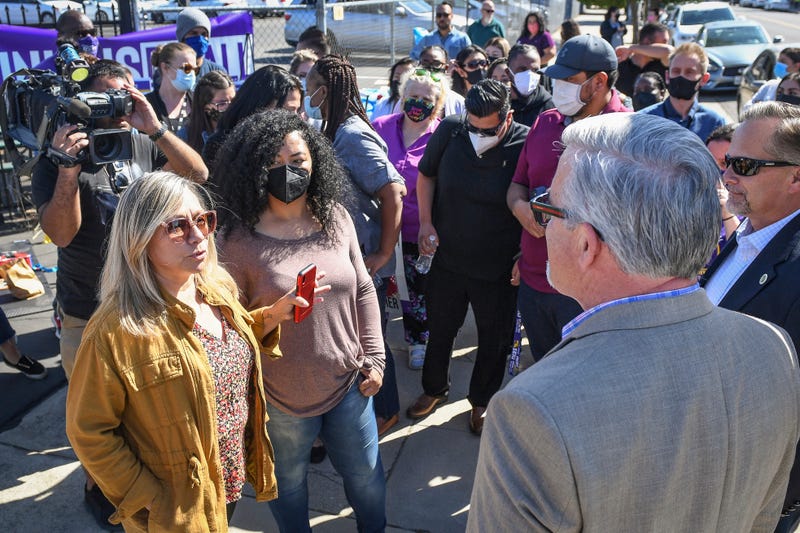 FRESNO, Calif. (AP) — A central California county executive has pledged immediate changes after a news report revealed that vulnerable children removed from their families were living in deplorable conditions inside an office building — sleeping on conference tables, eating fast food and urinating into water bottles until social workers could find homes for them.

Fresno County Administrative Officer Jean Rousseau apologized Thursday to the children forced to stay at the office building that is the main hub for Fresno County’s Child Protective Services and to the workers who oversee them, The Fresno Bee reported Friday. The news organization first reported about the conditions on Wednesday.

“When I saw the conditions in the office, when I saw the mats being used as beds, I said, ‘This is unacceptable.’ I should have known earlier, and we’re going to rectify it immediately,” Rousseau said, expressing frustration that he was not informed about the situation sooner.

Social workers told The Bee that the county's child welfare system is understaffed and overwhelmed and there's a lack of housing for children who have been removed from their homes for their own safety. As a result, some children stay at the offices of Child Protective Services until foster homes can be found for them.

The Fresno Bee described children sleeping on conference tables or on yoga mats on the floor in rooms with lights that do not turn off. They share a single bathroom, cannot shower and use water bottles to relieve themselves, the news outlet reported.