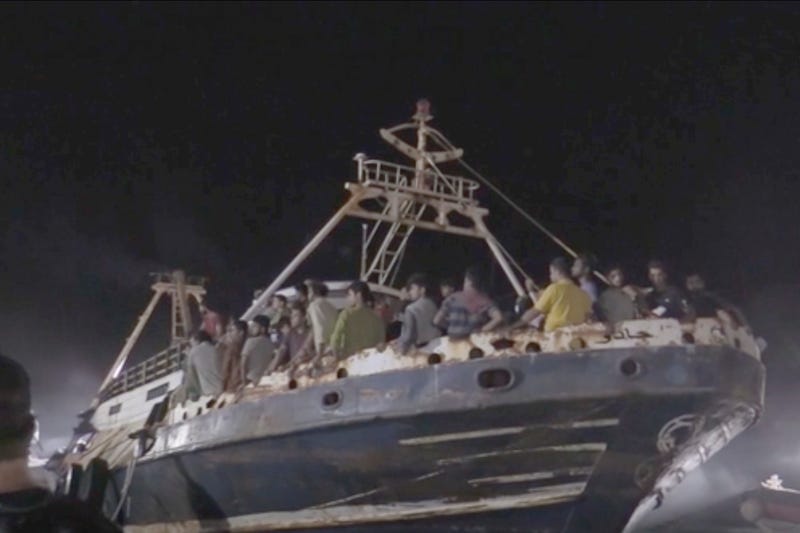 It is rare for such a large smugglers' boat carrying so many people to arrive in an Italian port. More often, smaller groups of migrants are rescued at sea over several days by aid groups after their flimsy crafts take on water. The rescue vessels then bring the migrants into shore together.