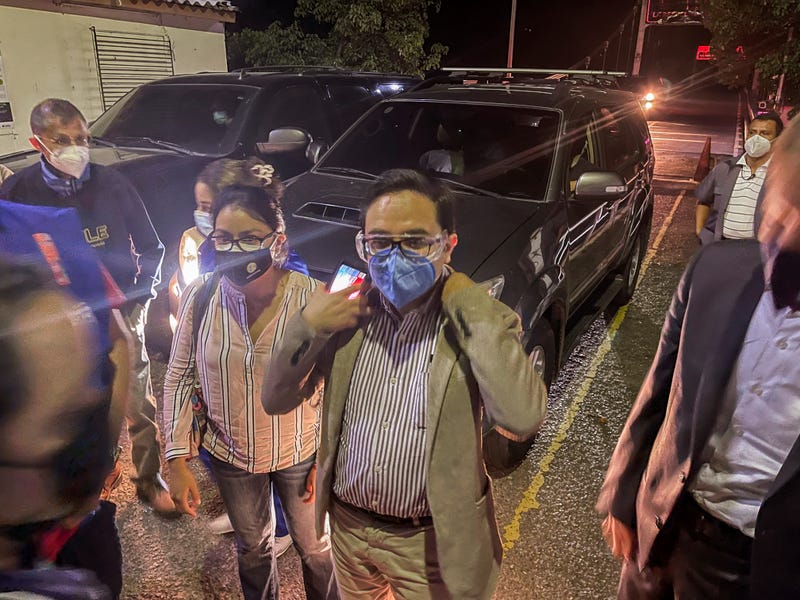 Consuelo Porras, Guatemala’s attorney general, had accused the former head of the Special Prosecutor’s Office Against Impunity of “abuses” without specifying what they were.

Sandoval said he was fired because of his investigations into top officials in the administration of President Alejandro Giammattei. He said he had fled for his own safety, becoming the fifth law enforcement official in three years to do so.

“Sadly, this has become a situation that many public servants in Guatemala have had to go through simply because we are not useful for the regime,” Sandoval said.

“Wherever I am, I'm going to continue working for the good of the people of Guatemala, but for my own safety, I am not going to be used by people who have made exploiting government funds a way of life," he said.

Sandoval arrived in La Chinamas, a border town in El Salvador, about 75 miles (120 kilometers) southeast of Guatemala City. He was accompanied on his trip out of Guatemala by human rights activists, Swedish Ambassador Hans Magnusson, and journalists from The Associated Press.

Julie Chung, the U.S. acting assistant secretary of state for Western Hemisphere Affairs, wrote that Sandoval’s firing “is a step backward for the rule of law” in Guatemala. Chung wrote in her Twitter account that his removal “contributes to the perception that there is a systematic effort in Guatemala to weaken those who fight against corruption.”

Iván Velásquez, the former head of the U.N. anti-corruption commission expelled from Guate