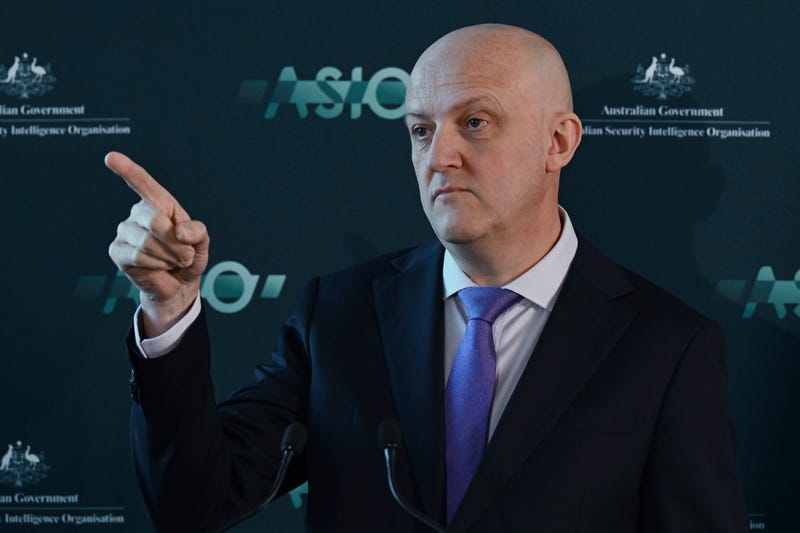 CANBERRA, Australia (AP) — Australia’s terrorism threat level has been downgraded from “probable" to “possible” for the first time since 2014, the head of the main domestic spy agency said Monday.

The defeat of the Islamic State group in battle in the Middle East and an ineffective al-Qaida propaganda machine failing to connect with Western youth has resulted in fewer extremists in Australia, Australian Security Intelligence Organization Director-General Mike Burgess said.

“This does not mean the threat is extinguished,” Burgess said.

“It remains plausible that someone will die at the hands of a terrorist in Australia within the next 12 months,” he added.

However, there have been increases in radical nationalism and right-wing extremist ideology in Australia in the past couple of years, Burgess said.

“Individuals are still fantasizing about killing other Australians, still spouting their hateful ideologies in chat rooms, still honing their capabilities by researching bomb-making and training with weapons,” Burgess said.

There have been 11 terrorist attacks and another 21 plots have been disrupted since the threat assessment was elevated from “possible” to “probable” in 2014, he said. Half of the foiled plots were in the first two years of the upgraded risk when the Islamic State group was more prominent.

There have also been 153 terrorism-related charges stemming from 79 counterterrorism operations in Australia since 2014.

Burgess warned it was almost guaranteed that the threat level will increase again. But this would not necessarily be the result of a terrorist attack, with the overall security assessment taking into account individuals acting alone, he said.

People are being radicalized online at an extreme pace, sometimes in as short as weeks or months, he said.

But there are fewer groups planning months- or years-long sophisticated terrorist attacks with the aim of maximum destruction, he said.

More than 50 people convicted of terrorist offenses are also due for release in the future, but only a small number will be freed by 2025, Burgess said.