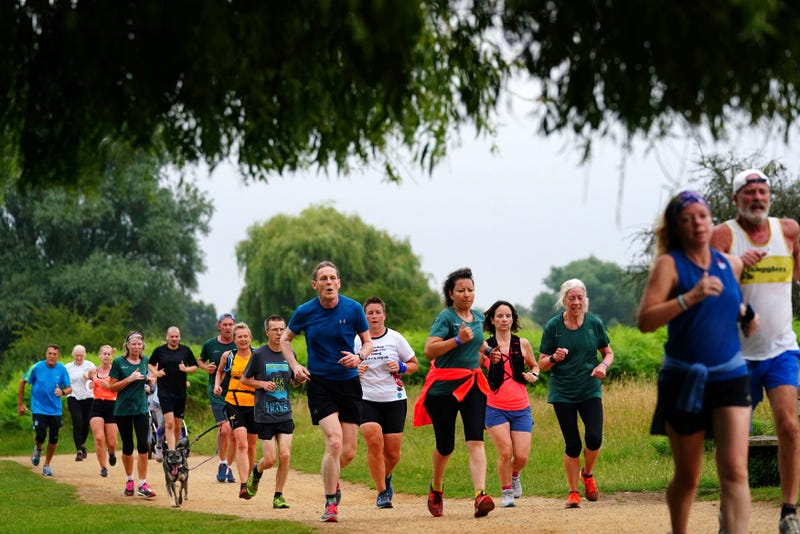 LONDON (AP) — After 16 months of solo jogging, Saturday's return of the weekly 5-kilometer mass runs in England's parks was met with widespread jubilation.

Days after all remaining lockdown restrictions were lifted in England, the organized 5K runs were allowed to resume for the first time since the pandemic struck in March 2020.

The so-called parkruns — which are open to everyone, regardless of age, gender or ability — have become increasingly popular over the past few years and arguably have done more to improve the nation's mental and physical health than anything in decades. The runs have also showcased a solidarity within a society that has fissured on many other levels.

And the running isn't even compulsory. Walking will do. And there's even a few parents with strollers and babies.

“It has been a lonely time for a lot of people with lots of lonely training miles, solo runs, along with virtual and cancelled races," said 24-year-old PhD student Cameron Dockerill, who took just 16 minutes to become the first person to complete the run in Southwark Park in southeast London.

“It has been quite a lonely time and to come here is quite uplifting,” he added.

Many people stayed to cheer on Paul Williams, 63, the last of the 293 finishers, completing the course in an hour and 16 minutes.

Williams, who has learning disabilities and a bad leg, has been a familiar face at the weekly event since 2015.

“I have been stuck indoors for about a year because I have got diabetes and I wasn’t allowed to go out," he said. “There was no exercise. I have been meeting everyone again and seeing everybody.”

The first parkrun — it had a different name then — took place in 2004 when 13 people, including founder Paul Sinton-Hewitt, gathered to run around Bushy Park in southwest London.