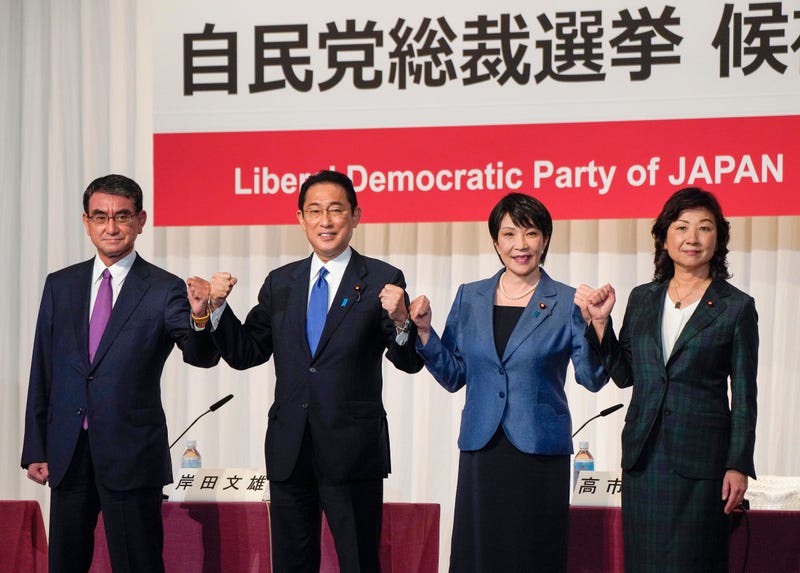 Four candidates are competing in the Sept. 29 vote to replace outgoing Prime Minister Yoshihide Suga, who will quit when his term ends at the end of this month after serving only one year. He took over