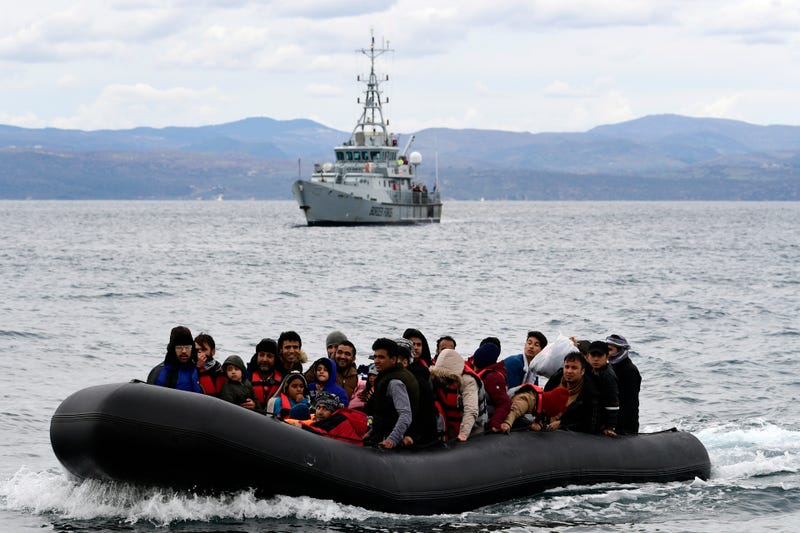 BRUSSELS (AP) — An inquiry into claims that the European Union’s border and coast guard agency was involved in illegally pushing back migrants has found no link to Frontex in any of the incidents but has been unable to establish what happened in five cases, according to the official report into the allegations.

The report is by a special working group set up to investigate media allegations that staff, ships or aircraft working with Frontex took part in or were near more than a dozen pushback incidents at the border between Greece and Turkey last year, mostly in the Aegean Sea. The agency’s management board will discuss it at an extraordinary meeting on Friday.

Frontex, which is responsible for patrolling the external borders of the 27-nation EU, has rejected the pushback allegations and said that its own internal inquiry could find no evidence to substantiate the claims. Greece, which is in charge of operations involving Frontex on its territory, has also denied reports of pushbacks by its border officers.

Pushbacks are forcibly preventing people from entering a country when they might want to apply for asylum. They are contrary to refugee protection agreements, which say people shouldn’t be returned to a country where their life and safety might be in danger due to their race, religion, nationality or political views. They also contravene EU law and policy.

The working group cleared Frontex of any wrongdoing in 8 cases, but said in five cases “it has not been possible to completely resolve the incidents beyond any reasonable doubt,” according to part of the restricted report, dated March 1 and seen by The Associated Press.

Investigators could not determine whether the people involved in the five incidents were picked up by Turkish authorities or made it safely onto Greek soil. “There is no indication of anybody injured, reported missing or having died in connection with the respective incidents,” the report said.

Frontex Executive Director Fabrice Leggeri told EU lawmakers Thursday that “I don’t see any substantiated violation of fundamental rights that would be in this report." He didn't elaborate on what else was in the document.

The probe, by experts from seven European countries and the European Commission, was set up weeks after reports of collective migrant expulsions were revealed in an October joint investigation by media outlets Bellingcat, Lighthouse Reports, Der Spiegel, ARD and TV Asahi.

The reports raised troubling questions about the actions of Frontex, whose mandate and budget has been massively boosted since the entry of well over a million people in 2015, most fleeing conflict in Syria, sparked one of the EU’s biggest ever political disputes over how to manage the influx.

Some of the alleged incidents happened in chaotic times in the Aegean around March and April 2020, when Turkey, angered by the EU’s reluctance to support its invasion of northern Syria, allowed thousands of migrants to set out for the Greek border and islands unchecked. The coronavirus was also surging at the time.

In one of the alleged “maritime pushback” cases on April 28-29, a group of refugees and migrants was said to have been returned to an unseaworthy life raft without a motor or paddles and towed toward Turkey from near the island of Samos, as a surveillance plane watched from the sky.

But the working group could find no evidence that Frontex was involved or had been notified about it. None of the routings of the agency’s aircraft match the report, nor were any of its ships or vehicles in the area referred to in media reports.

More broadly, the investigators insist that "serious incident reports” must be quickly drafted after any suspicious incident and fundamental rights officers immediately informed. Frontex was due to have hired 40 fundamental rights officers by this year, but none are in place. Leggeri said Thursday that the first contracts could be offered next month.

The investigators recommend that the actions of Frontex planes or ships be recorded on video, and that they remain after any incidents to observe the actions of national police and border agents.

EU Migration Commissioner Ylva Johansson welcomed the report, and noted that a “new culture” of sensitivity toward possible misconduct is needed at Frontex, and she criticized the agency for being too slow to respond to the allegations.

“This has taken too long,” Johansson told the lawmakers, who are separately investigating the pushback claims. “This time has not been good for the reputation and the trust for the agency.” She rejected accusations that the European Commission itself has been too slow to provide Frontex with legal advice on how to handle boats carrying migrants in the Aegean.