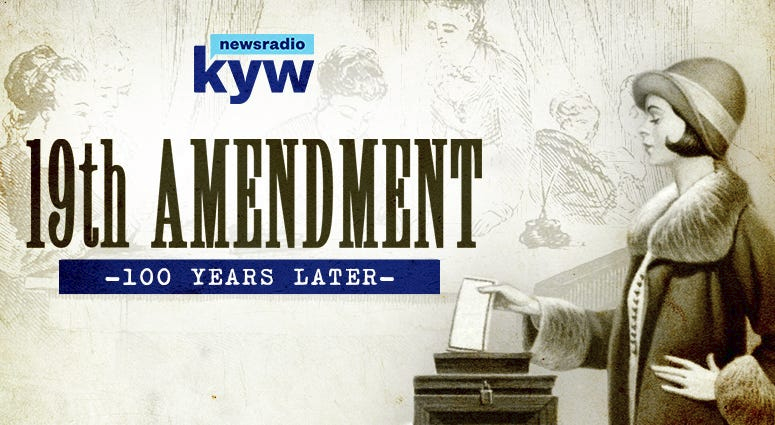 This August marks 100 years since the ratifying of the 19th Amendment, which granted women the constitutional right to vote.

Women across the country lobbied, protested and voiced the importance of casting their own ballots. Since the suffragists’ efforts, more than 68 million women vote in today’s elections, according to the Women’s Suffrage Centennial Commission.

KYW Newsradio’s monthlong anniversary series, The 19th Amendment: 100 Years Later, delves into the history of the suffrage movement and the women who led it in the greater Philadelphia area.

The series expands on little-known stories of Philadelphia’s push for equality, from Susan B. Anthony protesting outside Independence Hall to the ringing of the Justice Bell; from finding a voice in the abolitionist movement to securing voting rights for New Jersey women long before the suffrage movement took shape; from gender and family roles to the fight for equality women are still battling today.

Listen, read and explore their stories below.

This series is presented by the National Constitution Center.