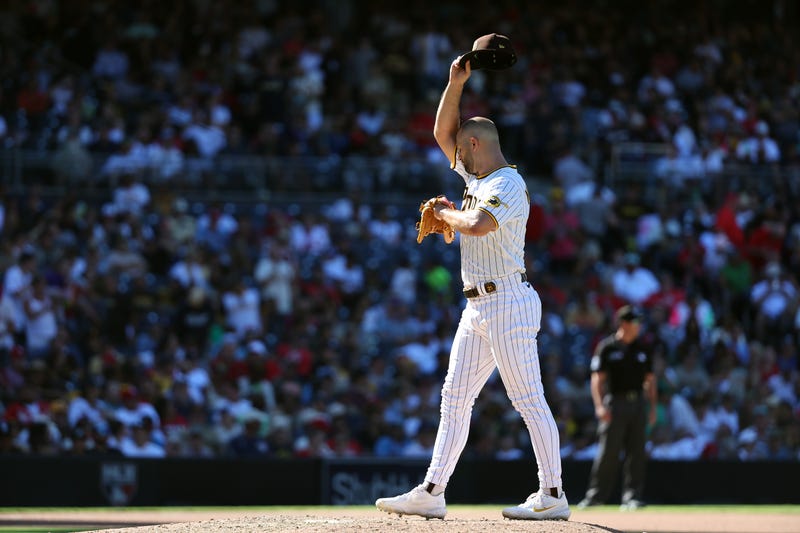 The Padres lost 5-4 to the Cardinals on Thursday in a game they had a strong chance to win and complete the sweep. Jurickson Profar put the Padres on top in the 1st inning with a solo home run, and Luis Campusano gave them a 2-0 lead with an RBI-single in the 2nd inning. Joe Musgrove pitched well, allowing just a solo home run to Lars Nootbar in his 5 innings pitched. Profar added to the Padres lead with an RBI-double in the 5th, making the score 3-1. Nick Martinez relieved Adrian Morejon with 2 men on in the 7th inning, and walked the first batter he faced in Tommy Edman. He then gave up a go-ahead grand slam to Brendan Donovan, giving the Cardinals a 5-3 lead. Manny Machado would get the Padres to within 1 run with his solo homer in the 8th, but the Padres weren't able to score again, and missed out on the sweep. The Padres will now head to Colorado for a 3-game series against the Rockies, beginning on Friday.

Jurickson Profar got the Padres started with a leadoff homer to start the day!