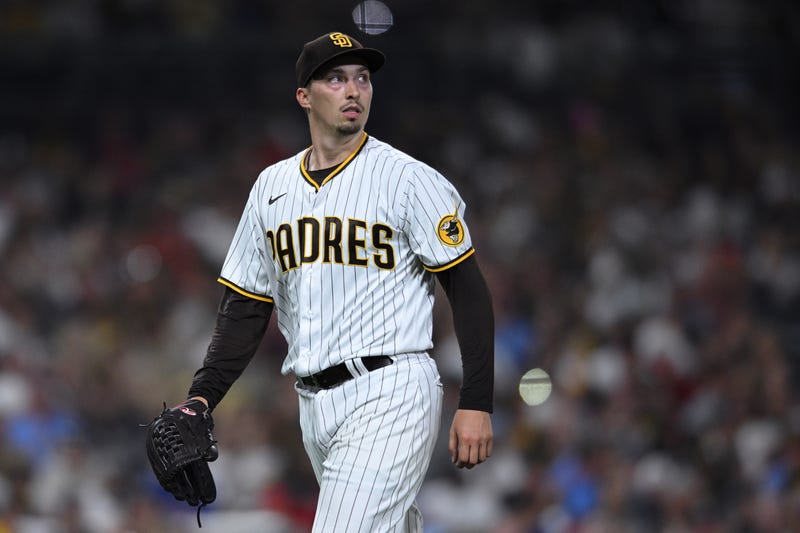 Blake Snell entered Saturday's game searching for his first win of the season, and pitched well early, allowing no runs through his first 4 innings. But things fell apart in the 5th inning, as Snell allowed 3 runs on 4 hits, including a home run to JT Realmuto. Snell wasn't able to make it out of the 6th inning after allowing his 4th run of the game. The big story of the night happened in the 4th inning, when Snell hit Bryce Harper in the hand with a pitch. The Phillies announced that Harper suffered a fractured thumb and will be out indefinitely. The Padres were able to get within a run of the Phillies on Jorge Alfaro's 2-run double, but it wasn't enough, as the Phillies won 4-2. The Padres will look to split their 4-game series with a win on Sunday.

Jorge Alfaro had a big two-run double in the 5th to get the Padres on the scoreboard!