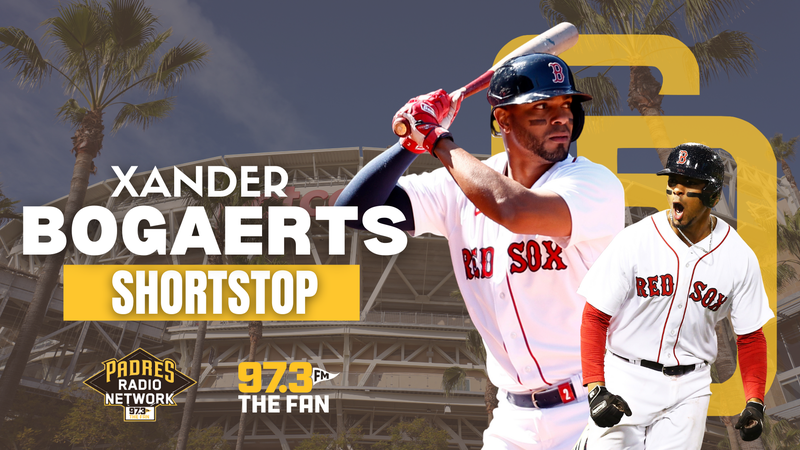 After missing out on both Trea Turner and Aaron Judge, Padres GM AJ Preller made the big splash he had been searching for on Wednesday night, reportedly signing former Red Sox SS Xander Bogaerts to an 11-year contract worth $280 million.

Bogaerts is coming off a season where he compiled an .814 OPS with 5.7 WAR in Boston, and joins a core group of All-Stars in San Diego, including Manny Machado, Fernando Tatis Jr., Juan Soto and Jake Cronenworth. Bogaerts is a 2-time World Series champion, 4-time All Star and 5-time Silver Slugger. AJ Preller will now likely turn his attention to adding a starting pitcher.

Shortstop Xander Bogaerts and the San Diego Padres are in agreement on an 11-year, $280 million contract, a source familiar with the deal tells ESPN. A monster contract and the Padres, after missing Trea Turner and Aaron Judge, get the longtime Red Sox shortstop.

Source: Xander Bogaerts’ deal with Padres does not have opt-outs. It includes no-trade protection. @MLBNetwork