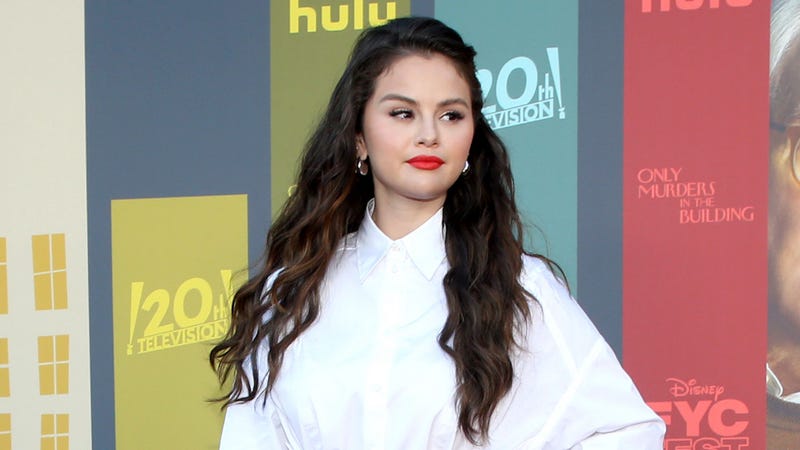 Selena Gomez is opening up about the highs and lows of her career. Recently taking time to review her journey from child stardom, Gomez says not every decision she’s made sits well with her.

LISTEN NOW: Selena Gomez opens up about journey of her career on the Awards Chatter Podcast

Being offered her first starring role on Disney’s Wizards of Waverly Place series at the young age of 13 meant Gomez was bound to grow up in front of the cameras which posed unique challenges and a lot of discomfort for Gomez.

"I felt like it was very difficult for people to take me seriously," she told Feinberg of young adulthood. "I have slowly pushed through that, and I'm really glad, but it was very frustrating. I felt like a joke, you know?"

Ultimately, Gomez felt she was pressured to hyper-sexualize herself at a young age to get fans to take her seriously as an adult in the business. According to etonline, She shared more about this topic in a roundtable interview alongside Amy Schumer, Molly Shannon and Tracee Ellis Ross where the actresses discussed the challenges they've encountered throughout their careers.

"I actually did an album cover and I was really ashamed after I did it," Selena disclosed. "It was a choice that I wasn't necessarily happy that I made but I think I've done my best at least. I’ve tried to be myself." She continued, ”I’m not an overly sexual person, sometimes I like to feel sexy but that doesn't mean it's for somebody else, it's for me.”

Now, 29-years-old, Gomez says she’s had plenty of practice standing up for herself and has no problem doing so when she feels any type of discomfort.

“I took control of the narrative of my life once I started becoming older because, growing up, I didn’t really have a choice,” she said. “Now I understand that there are certain boundaries that I need to set for myself, and I respect and adore so many people, but I’ve got to do what’s best for me."

Listen to Selena talk more about her journey to stardom and the challenges she’s faced on the Awards Chatter Podcast.