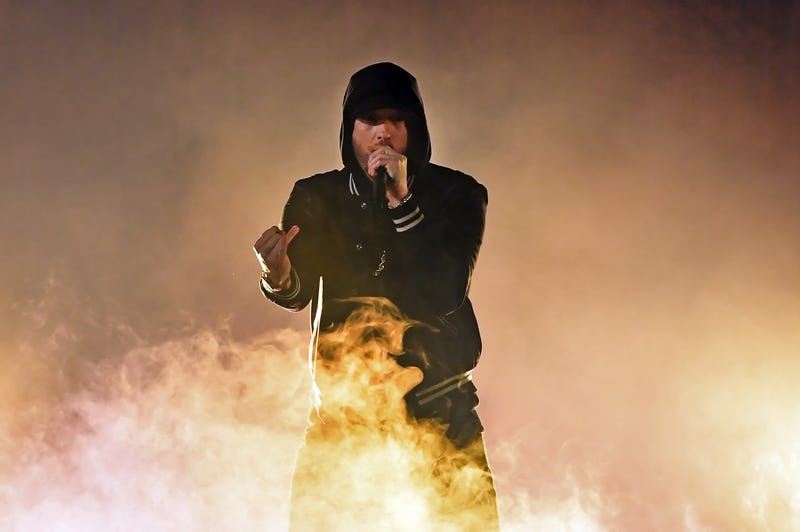 2017 was the first time Eminem actually served heaping portions of spaghetti when he debuted the Mom’s Spaghetti pop-up at The Shelter, a music venue in Detroit. And last year, during the 2020 pandemic surge, the rapper once again served up Mom’s Spaghetti to help feed frontline workers at various Detroit hospitals. Now the artist has plans for an official restaurant.

It comes as no surprise that Slim Shady will be calling his new brick-and-mortar restaurant, Mom’s Spaghetti. The Detroit News reported that a TV ad aired for the new local eatery on the Motor City television channel, WXYZ, on Friday, September 24.

The commercial opens with Em hovering over the Detroit skyline, as he vomits up a takeout container of his beloved pasta into the Detroit River. The spot ends with what appears to be Slim Shady giving us the middle finger, however the branded containers of Mom’s Spaghetti censor the profanity.

The new eating establishment will offer the “S’ghetti Sandwich” and Mom’s Spaghetti, which can be ordered with or without meatballs.
The new restaurant is being brought to life with the help of local restaurant group, Metro Detroit, Union Joints, who also helped Eminem launch his pop-ups in 2017.