The Bruins got another mixed-bag performance from their goaltending on Sunday, this time from Linus Ullmark. The mix of sloppiness and big saves left the Bruins with ongoing questions in net, like when will this tandem really find its rhythm?

Ullmark had a shaky start against the Canucks. In the first two periods, he gave up two goals and struggled to control rebounds. However, he turned the script in the third period when he made a key save on a shorthanded breakaway by Tyler Motte.

Ullmark, though sloppy at times, may have saved the game for the Bruins on that stop against a 6-14-2 Vancouver team that finds itself in last place in the Pacific Division.

“That was a huge save. If he doesn't make that save, I don’t know if we win the game,” Bruins coach Bruce Cassidy said after Boston’s 3-2 win. “When you judge goaltenders, it’s timely saves, and that was huge. The shorthanded breakaway goal could have been a back-breaker.”

That save swung the momentum and allowed the Bruins’ power play to regroup. Forty-five seconds later, Brad Marchand tied the game at two, scoring on former Bruins netminder Jaroslav Halak. If Ullmark failed to stop the breakaway, the Bruins would have found themselves in a 3-1 hole with 12 minutes left to play instead of tied up.

When asked about the save, Ullmark said, “It turned out to be a pretty big moment in the game because we scored right after, so definitely it’s a confidence booster.”

“At the end of the day there were some good saves and that was a huge one that gave us a chance to win,” Cassidy said after Ullmarks 36-save night.

How Ullmark’s health factored into his performance

Cassidy and fans got a scare when Ullmark fell behind his net 22 seconds into the game, causing a scramble in front of an empty Bruins goal and quickly raising questions about his health, with Ullmark coming back from a “tweak” earlier in the week that the team didn’t assess to be serious.

“He missed some time with an injury. He went down early in the game on a puck. I thought he might have reinjured, but looked like it might have been just [Ullmark] hit a rut. So we’ll see in the morning,” Cassidy said.

When asked about the fall against the Canucks, Ullmark said that no, it was not related to his injury.

“Skates were just sharp and I just caught an edge. Nothing really happened there. Lucky that nothing came out of it,” he said.

As for getting back up to speed after missing two games with an injury, he said he felt better as the game went on.

Cassidy didn’t name a starter for the next game Tuesday against the Detroit Red Wings, but said he wants to make sure Ullmark gets his time in net to try to establish a flow for him.

“We've got [games] Tuesday, Thursday, Saturday, so certainly an opportunity to get him more,” Cassidy said, emphasizing the team’s goal to get Ullmark back in action soon.

Ullmark spoke about the possibility of back-to-back starts, saying, “Obviously I want to keep on playing, keep on winning, but I still respect the decision whatever it may be.”

The Bruins have yet to completely hit their stride in net, with their goaltending duo of Ullmark and Swayman both struggling at times, in particular with controlling rebounds, but also at times making timely, highlight-reel saves.

When it comes to finding his personal flow at this point in the season, Ullmark said, “We've gotten into a certain amount of games now in the season where rhythm is kind of in your body basically. So that's not really something that affects me too much.”

Commenting on the same subject, Cassidy commended Ullmark’s big save but also said, “A couple other ones find their way through him and he’s going to have to tighten up. I think he understands that. Maybe getting in a rhythm will help him with that.”

Ullmark staying healthy and receiving consistent minutes will be a major step in helping him put up more consistent performances. 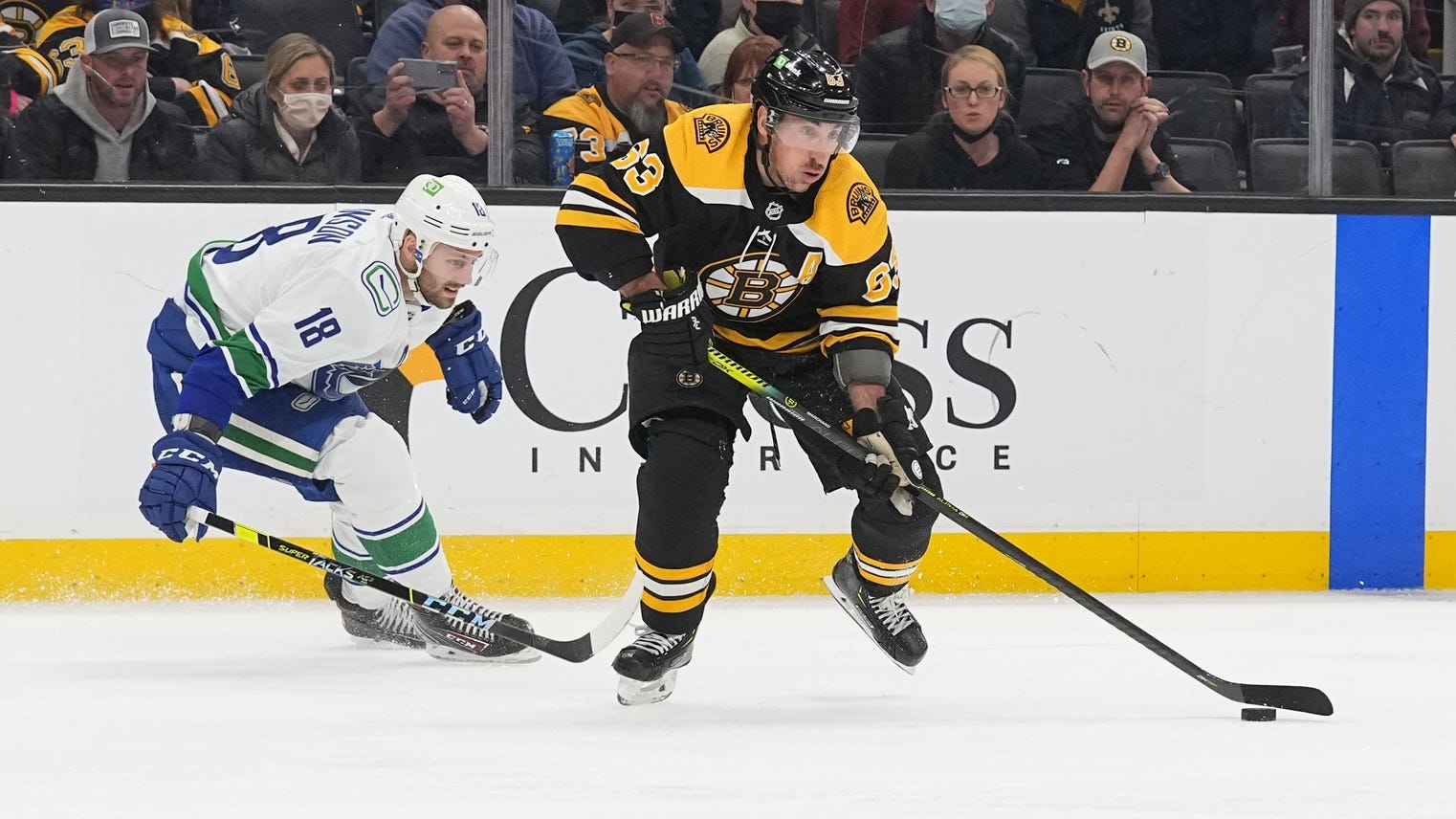