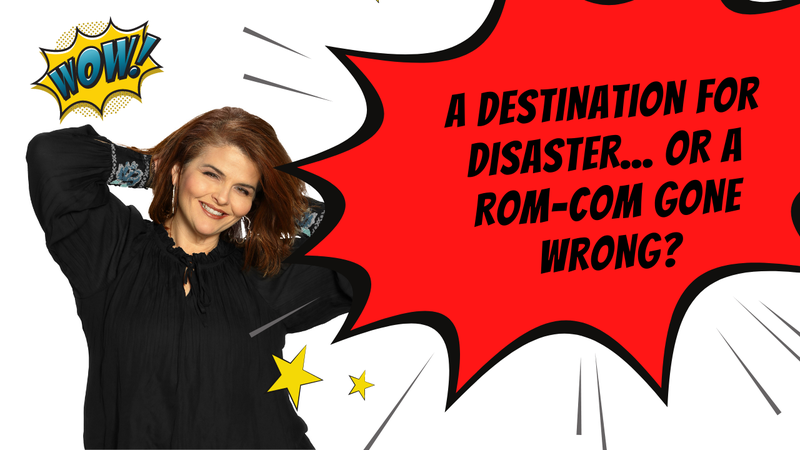 There has been some resurfaced talk around about Keanu Reeves and Winona Ryder were actually married on set in Bram Stoker's Dracula. This particular story has followed the two actors around since the film was shot in 1992. The legend is based on their characters being married on-screen by a real Romanian Priest, and in the eyes of the church, they are married.

The story resurfaced in 2018 when Keanu and Winona starred in Destination Wedding, which recently, came up in my Netflix Que, so I thought, why not give it a try. I had hope for this film, after all, I am a big fan of Wynona Ryder and Keanu is likable as a person, no matter how you feel about his body of work.

The film follows the two main characters around as they navigate through a destination wedding, a weekend away where the awkward brother of the groom and jilted ex-fiancé, also of the groom, are seated next to each other beginning with the awkward small plane ride, to adjoining rooms to both being placed at the same table throughout the weekend. Although this sounds like an outline for a typical rom-com don't go into the film expecting this exactly to be an easy map to love.

There is a lot of awkwardness in their connection as they are the only on camera for the majority of the film. The rest of the cast remains in the background and are fleshed out through exposition.

The film tackles the premise of " there is someone for everyone" but it takes it one step further and asks, what if they are two broken, annoying, neurotic people that no one else can stand to be around.